I initially balked at the idea of this film because it was 147 minutes long! I mean bloody hell, that’s a long Street Fighter movie! Then I discovered that it had actually started life out as a web mini-series similar to Mortal Kombat: Legacy of which I’m a huge fan of (check out the reviews for the episodes here).

As a big fan of Street Fighter & the lore it was very exciting to see if this movie could capture the same magic that Mortal Kombat: Legacy had. 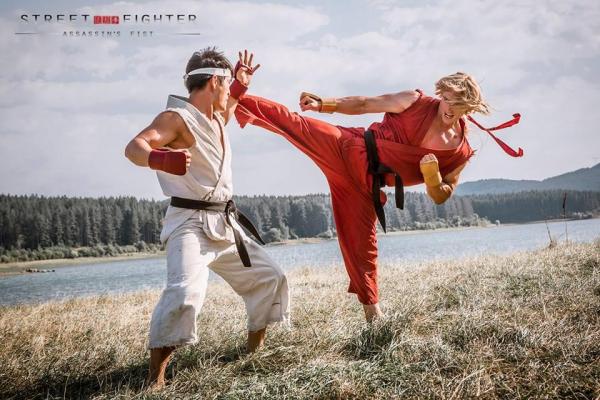 The story focuses on Ken & Ryu, two of the most famous Street Fighter characters. They are both young & learning martial arts under the tutelage of Gōken. A good man that wants to see them both become the best they can be. Ryu & Ken are very different & often at odds with each other & Gōken, Ken in particular who is surly & impatient.

The relationship of Ken & Ryu is incredible to watch as they are both deeply devoted to each other; they are brothers in every sense of the word. Wanting to progress their training, to learn the ways of ‘Hadō’, they are sent to find Gōken at a place known as Gōtetsu’s Dojo. This is where Gōken trained as a boy & it has since been abandoned. 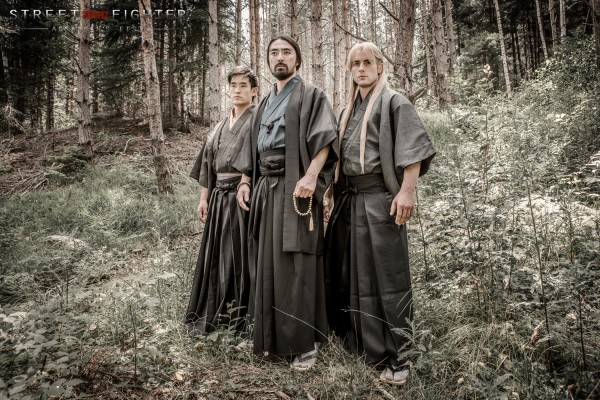 Instantly you know that Gōken has a deeper history with this place, he seems to be wary of teaching them the way of Hadō but agrees none the less. The way in which the more spectacular Street Fighter moves are incorporated into the training is excellent; they make it seem like it is something that can be learned & less fantastical.

Ryu picks it up easily enough but Ken struggles, which leaves him frustrated. Exploring the Dojo he finds a closed off room & in it pictures of Gōken as a child alongside another, his brother. Ken also finds a book that seems to detail another way for him to learn Hadō. Thanks to this book he is able to match Ryu & the pair creates Hadōken. The effects are great & the result is very powerful.

Gōken angry about how Ken learned tells them about his master, Gōtetsu who trained himself & his younger brother Gōki. 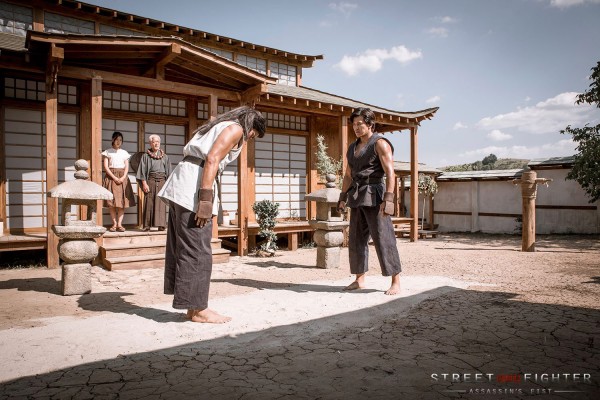 Gōki is drawn to a more intense & evil side of the training, ‘satsui no hadō’ which is very difficult to control & will consume those who try to master it. This causes deep divisions between the brothers that spill over into a violent fight that has disastrous results.

Gōki is expelled but continues his work on the dark hadō allowing it to consume him resulting in his return & murder of Gōtetsu. There can only be one true master of satsui no hadō & with Gōtetsu dead, Gōki is it. As long as Gōken stays away from it they two will never have to do battle.

The movie delves deep into the back-story of Ryu & Ken revealing that Ken feels abandoned by his father who took him to Gōken as a child. His father’s return to take Ken back to America is a chance for the two to reconcile & help Ken beat some of his demons.

The film is one long build towards two climatic fights…the first between Ken & Ryu as they finish their training & the other between Gōken & an evil Gōki. The former being an incredibly enjoyable bout between two friends but both with a point to prove & the latter being a tease-fest. Yep, after everything the movie & series ends with Gōken & Gōki about to face off. It’s so disappointing even if it makes sense to hold something back for the next series.

Overall fights are quite sparse but they well-choreographed & look very realistic. The whole tone is one of realism & it makes it so much more enjoyable. Focusing on just a small number of characters allows for great development. I was almost in tears when Gōken realised Ken & Ryu’s training was coming to an end. His emotion was so real that it affected me as a viewer. Gōken & Gōki’s story is often more interesting than Ken & Ryu. The idea is to show the similarities between each pair & to see Ryu start to lose control, like Gōki did is terrifying. 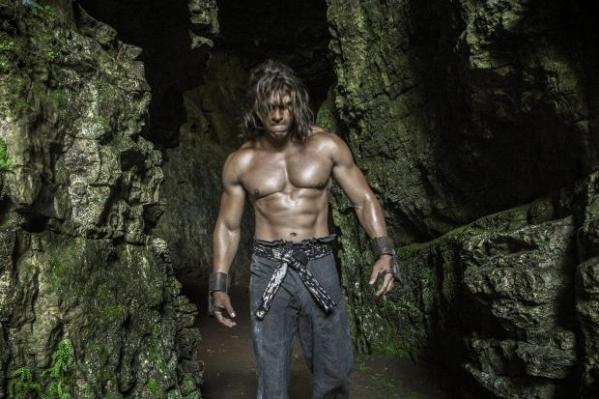 I felt a deep affinity towards Ken & I’m glad they didn’t keep him as an ungrateful impatient man-child. He grows & develops across the film unlike Ryu who ends up taking a back seat to Ken (thanks in part to the difference in acting).

The film is littered with references to the games…from fighting stances to clever use of the music. Ken & Ryu getting excited to play Mega Man 2 is adorable & just adds more depth to an already deep & rewarding film.

I enjoyed this so much & am glad I watched it as a full movie as waiting for each episode to be released must have been torture. I can’t wait to see what comes next!