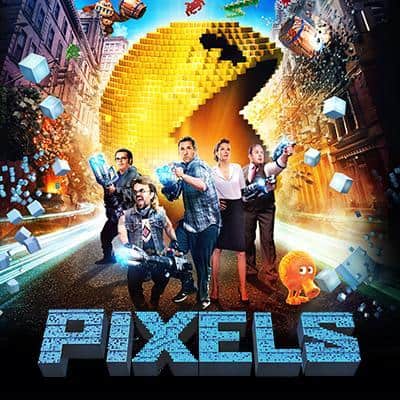 I feel like the best way to start this review would be to just express my opinion on Adam Sandler. A man now considered to be one of the least funny men in comedy. He doesn’t tell jokes; he is the joke yet once upon a time everyone was raving about his films. Little Nicky, Big Daddy, The Wedding Singer, The Waterboy, Mr Deeds…OK, maybe not that last one but people loved these movies & I could never understand why.

I never thought he was funny yet went through school having the Waterboy quoted at me constantly. Thank fuck Austin Powers came along, that had every boy in my school going round saying words they could add shag onto. Teenagers are idiots.

Anyway…I can’t stand Adam Sandler but in a shocking turn of events he is not the worst thing in Pixels. Amazingly two other actors/characters stink up the screen way worse than he does. I know, I was as shocked as you were.

So let me explain…

Opening in 1982 we meet a young Sam Brenner who is pretty good at arcade video games. The classics, as an adult Sam (played by Sandler) likes to constantly say. So good is young Sam that he enters a video game championship where he eventually loses to the obnoxious & annoying kid, Eddie at the game Donkey Kong.

Footage of the event is put in a time capsule & blasted into outer space in the hope of one day making contact with another life-form. Fast-forward to modern times (can you see where this is going?) & an adult Sam is a down on his luck installer of home-theatre equipment. Adam Sandler playing a mild-mannered, down on his luck character. What a surprise. I’m pretty sure that this is just Adam Sandler, he’s not acting, it’s just him.

Anyway he meets Violet, a soon to be divorcee & behaves incredibly inappropriately towards her yet she somehow finds him charming. I kid you not, his behaviour here would have him sacked so quickly yet she thinks he is adorable…at least until he goes to kiss her.

She knocks him back & they spend the rest of the movie pretending they don’t like each other even though all Adam Sandler movies end up with him getting the girl. 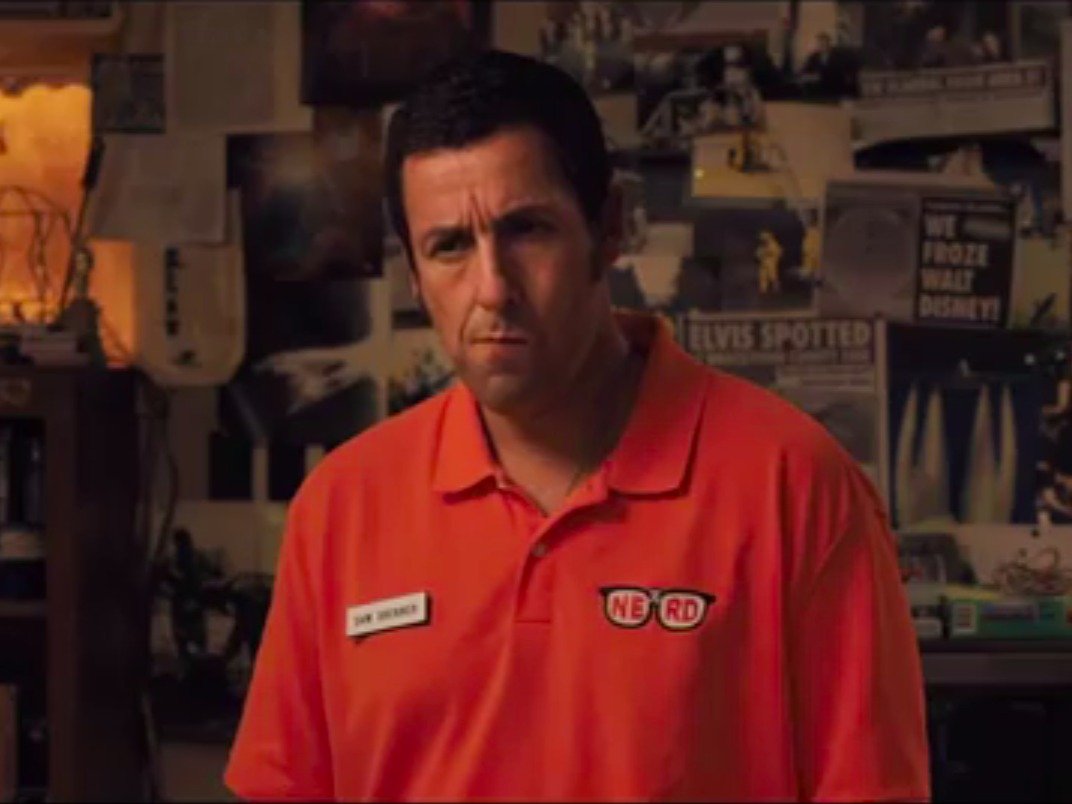 Elsewhere a military base is suddenly attacked by aliens that turn things into pixels when destroyed. This causes the white house to panic & the president calls his special advisor. Can you guess who it is?

That’s right! Sam Brenner is friends with the president played by Kevin James who is the fourth worst thing in this movie. On his way to the White House who should he run into along the way? Violet of course who happens to work at the White House. What a happy coincidence. 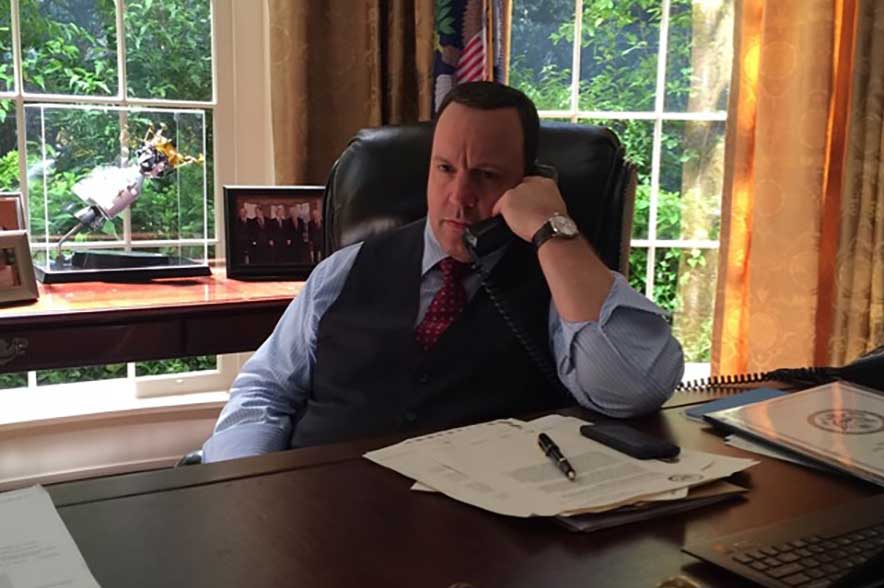 After seeing the footage Sam deduces that the aliens found the time capsule & saw it as a declaration of war having watched the video game footage. They challenge Earth to a battle split over three rounds…should we lose they will destroy us completely.

So guess whose job it is to save the day? Sam, of course whose knowledge of video games will help the army in the upcoming battles. All while acting with as much charm as a headless cockroach.

Sam can’t do this alone though & after being surprised by an old friend, Ludlow (Josh Gad) he recruits him to help along the way. Ladies & gentlemen, Ludlow is the second worst thing in this movie. I’ve wanted him dead from the moment he opened his mouth & his obsession with a female video game character goes so over the top by the end that it ends up being spectacularly creepy. Don’t believe me? I’ll sum it up with this unfortunate spoiler:

Ludlow will end up fucking Q*bert & having weird Q*bert children with it.

I am not joking. 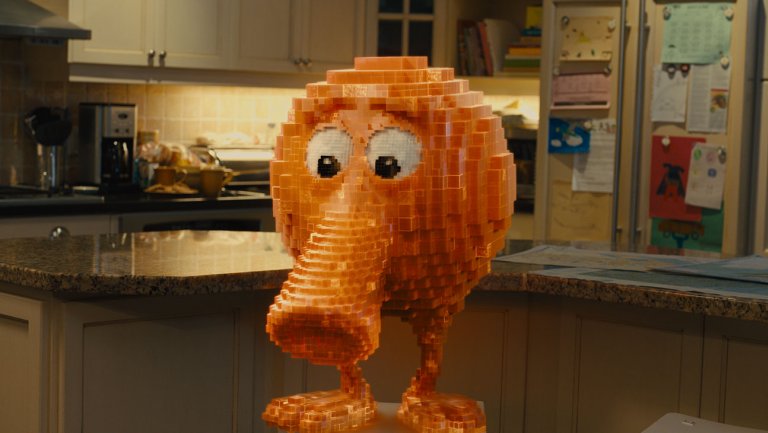 …but the crew still isn’t complete. They need the best of the best so realise they have to call upon the services of Eddie played by Peter Dinklage, the worst thing in this movie by a country mile. His acting is sub-par with dialogue that is supposed to reflect his 80’s younger self but just comes across sounding utterly pathetic coming out of a grown man’s mouth. 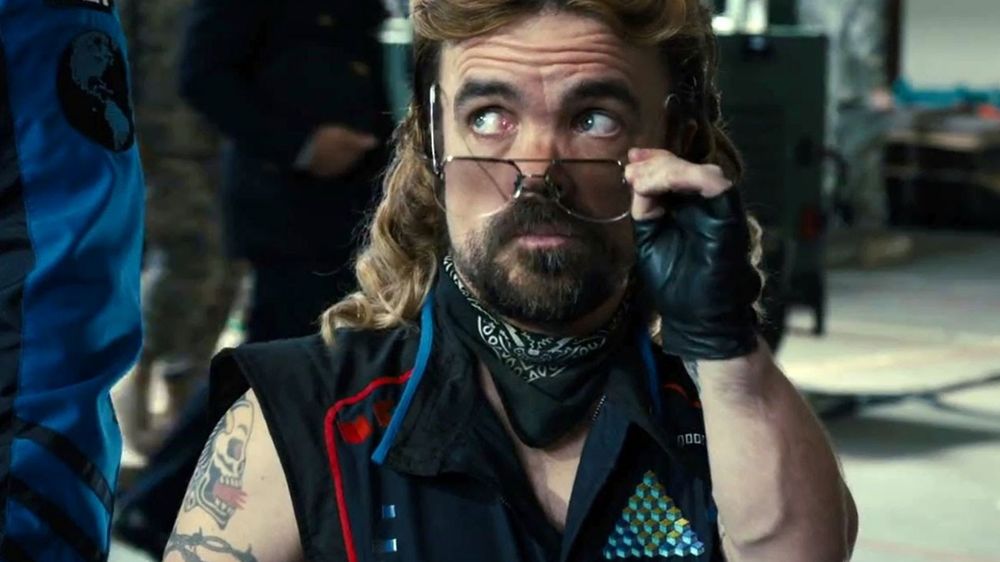 The big reveal is that he cheated during the Donkey Kong challenge, something that would have been impossible to do at the time & has a redemption arc that you won’t care about in the slightest. Throw in an unfunny & sexist angle about his obsession with Serena Williams & Martha Stewart & you’ve got one of the worst written characters I’ve ever seen. Maybe that’s why Dinklage plays it so badly…but that would be giving him an easy ride, he’s terrible & it’s as simple as that.

So with the crew assembled it’s up to them to take the fight to the aliens across battles based on Centipede, Pac-Man & Donkey Kong. 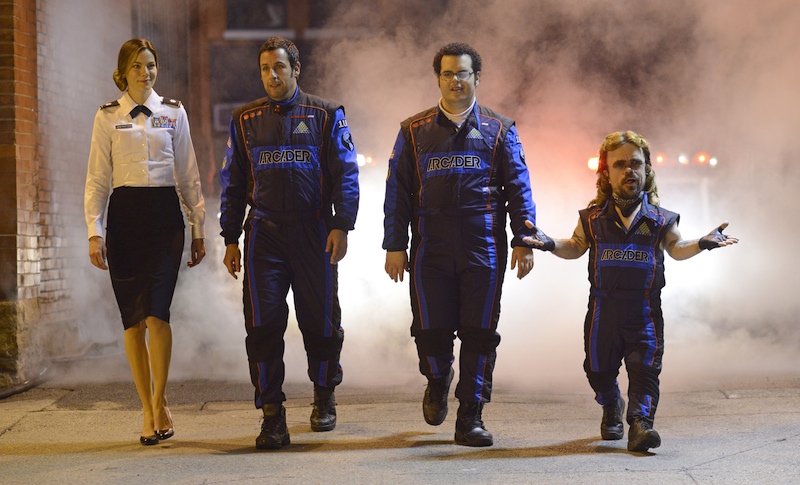 Along the way all the characters will bond & learn deep meaningful lessons about themselves resulting in an ending where everyone is better for the events that took place. Or they could just fill it with awful jokes, insultingly bad plot devices & lazy references to the ‘golden’ age of video games.

Everything that involves acting is a chore to get through, you’re just desperately hoping that you will get to the next action sequence before your brain starts leaking out of your ears.

Unfortunately, most of these moments are a massive let down too. It seems as though skill with arcade controls also makes Sam & Ludlow experts with guns (guns made for fighting pixel aliens, mind you) as the military screw up fighting Centipede so the duo have to take over. The Pac-Man battle is the most exciting of the bunch but seems nothing more than a commercial for the cars they drive (coloured to look like the ghosts from the game – how clever!). 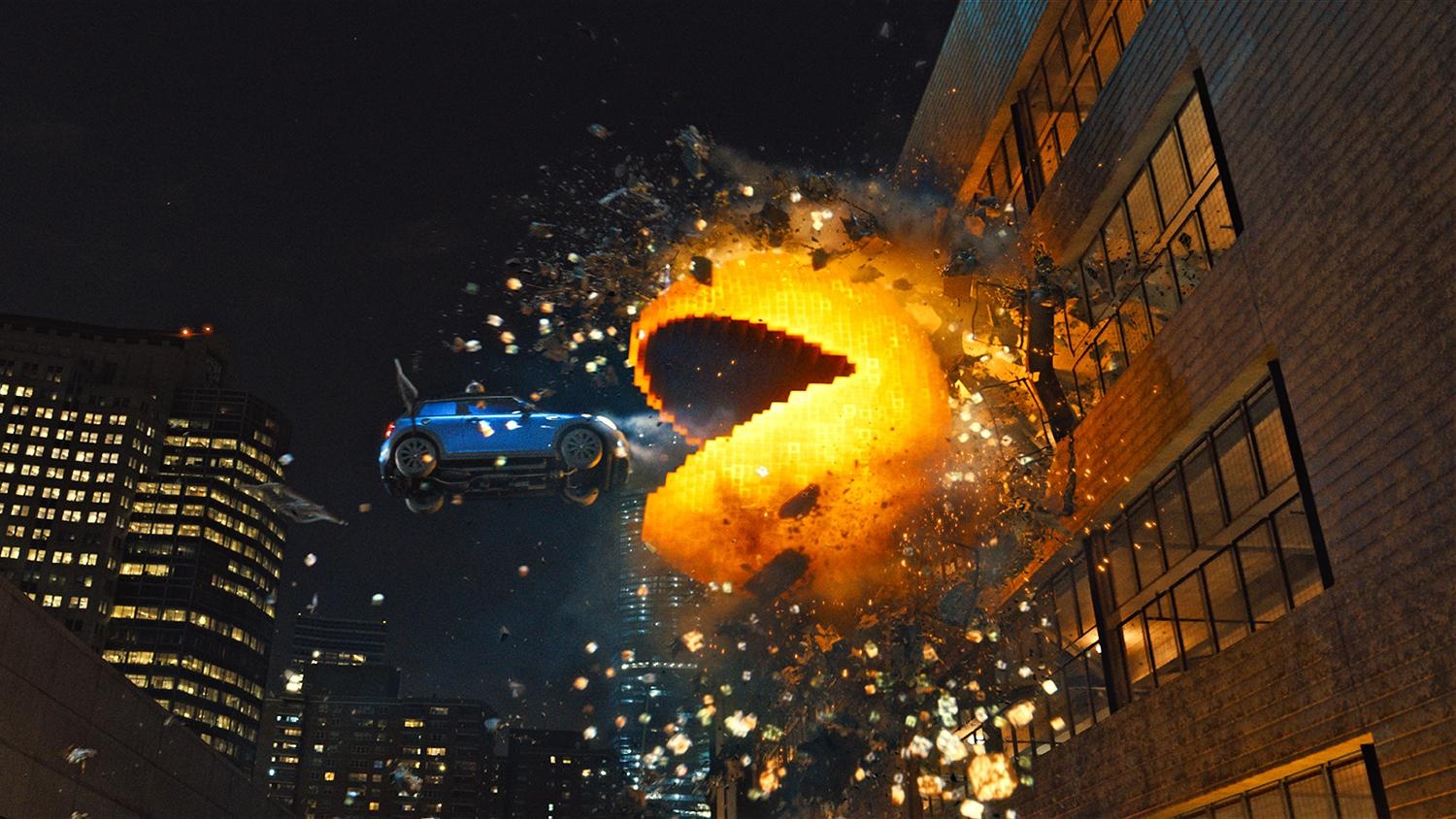 As for the final Donkey Kong fight? It’s excruciating bad particularly as we see Kong happily start missing with his barrels whenever characters have to stop & have a little chat. Oh & putting your own life in peril to rescue Q*bert might have been the dumbest moment in the entire film which is saying a lot when you consider this movie is filled to the brim with dumb moments.

What you’ll mostly remember from this movie is just how unfunny it is. I don’t think I laughed once & a few jokes are borderline sexist (Eddie wants women as part of his agreement to help & the president sorts it out for him, I mean what the actual fuck?). There is barely a good actor in it & it is very sad to see talent such as Brian Cox & Sean Bean reduced to jokes…and not funny ones either! (No, Sean Bean does not die – the movie can’t even get that right).

For me the worst thing about the entire movie is it’s clichéd, out-dated jokes about video games & gamers as a whole. If there is a gamer out there who is pissed off after watching Ludlow make people believe we’re all basement dwelling masturbators again, I’d be surprised. Shockingly Sam doesn’t get modern gaming, something we get spelt out for us as he watches a kid play The Last of Us. Get ready for the chuckles guys & girls, because you know he’s going to tell a few jokes!

The biggest joke is the movie itself, lacking good acting, likable characters & a sensible story. It’s a mess tripping its way from one action sequence to another. You’ve seen it all before, Sam gets the girl, the Earth is saved by nerds & everyone lives happily ever after. 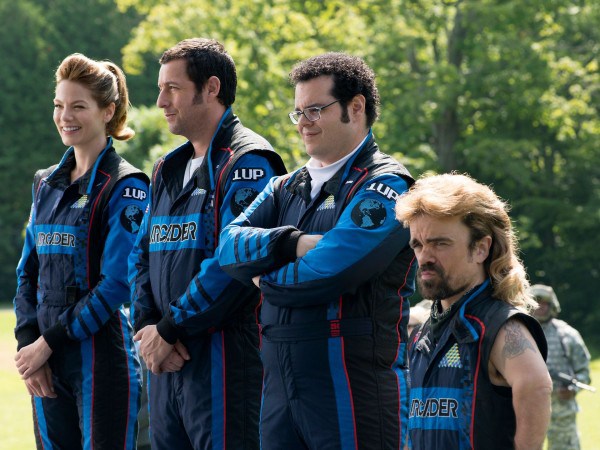 I mean Ludlow fucked Q*bert, I don’t care if he transformed into his dream video game girl at the end. They made Q*bert babies which means he banged Q*bert & nobody thinks that’s messed up? Just…wow.