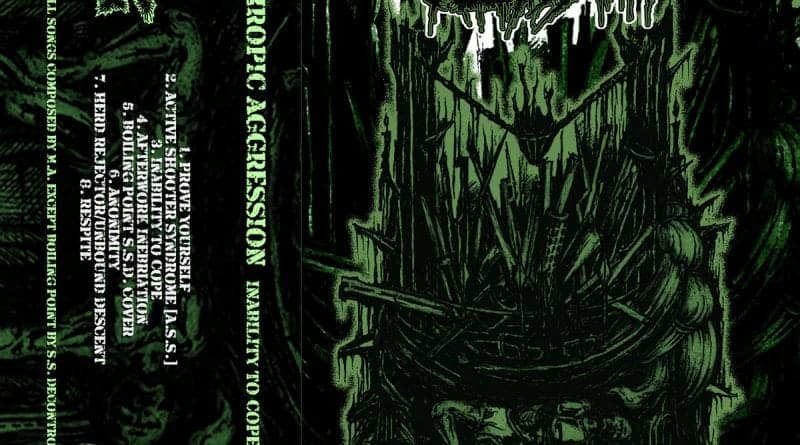 On October 2nd 2018 the debut EP entitled ‘Inability to Cope’ by Misanthropic Aggression will be released on cassette by Boris Records. The band was founded by Jake Benedict as a solo project in 2015.

Jake played drums in Repulsory and in Atlanta, long-time underground grind gods Spewtilator. Switching to bass, he eventually recruited a drummer and a guitar player, and Misanthropic Aggression began to move forward rapidly. They self-released a two-song demo last year and on the strength of that we now have their debut EP.

It is in the band’s name. Aggression. A word that sums up this feral assault of hardcore/deathcore metal. Misanthropic Aggression absolutely rage for around 20 minutes and across 8 tracks (some of which come in at around the minute mark).

This is an absolute barn-burner of a release and from the moment Prove Yourself rips and tears through the soft brain matter you’re in for a good time. Momentum is kept high, the energy of this band is incredible and they don’t take their foot of the gas for even a moment.

There’s no filler or fluff. Misanthropic Aggression are all about getting in, slamming their metal down hard on the table and getting out as the title track, Anonimity and a wicked cover of S.S.D.’s Boiling Point prove.

Do yourself a favour and listen to this EP. 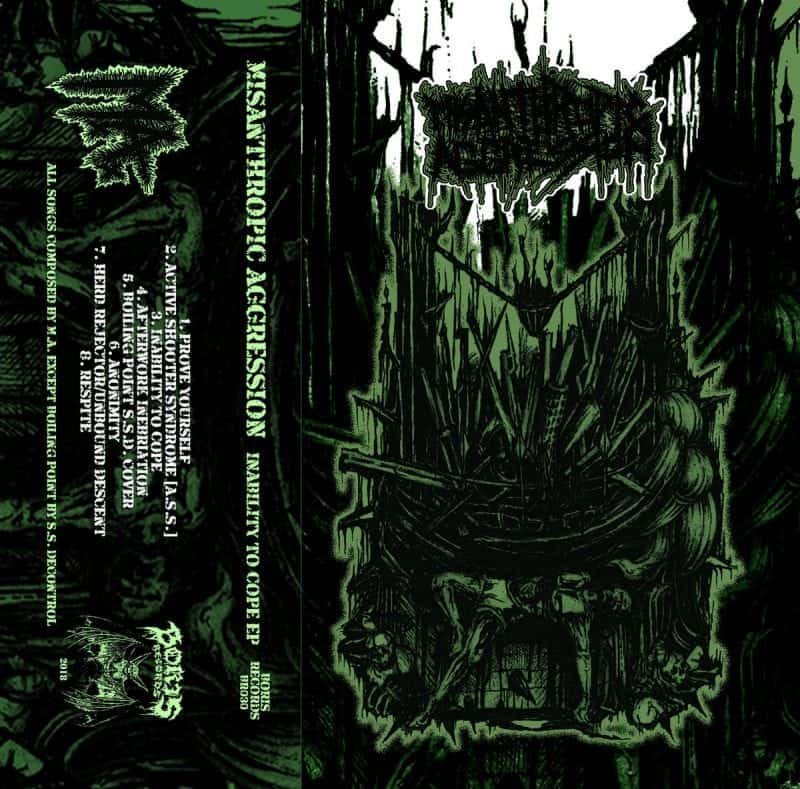 You can pick up the EP digitally now via Misanthropic Aggression’s Bandcamp and order the cassette via Boris Records here. Find out more about the band/keep up to date with news by liking their Facebook Page.