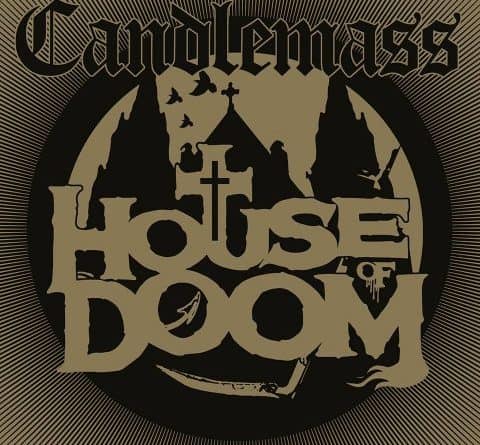 Swedish doom masters, Candlemass, have released a brand new 4 track EP called House of Doom released on the 25th of May via Napalm Records. House of Doom, the song, is actually also the soundtrack to an online/mobile game of the same name, co-designed by the band.

The game, House of Doom, is a slots game, or fruit machine game, featuring Candlemass’ music and a design to make it more “metal”. Get three skulls to play the bonus game, line up three House of Doom logos to get free spins. We have special actions like Hellgates and Skulls of Abyss. It sounds really cheesy though has a lot of positive reviews from what I can find. I can’t find the game on the Apple App store so assume it is Android compatible. 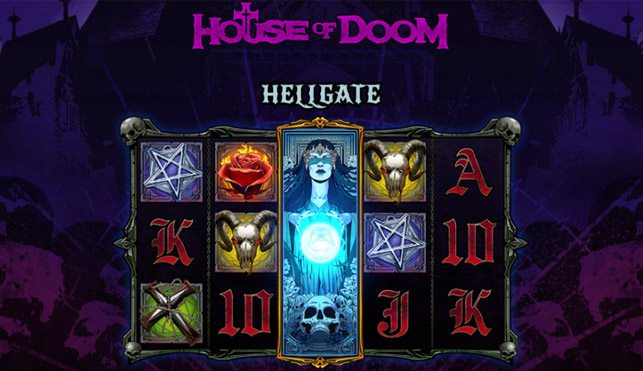 We are here for the music and, while the title track may have been originally designed as music for a game, it is now out as an official release from the band with this EP. As well as the main song, House of Doom, the EP features three extra bonus tracks. The last time we had some new music from Candlemass was back in 2016 with the EP Death Thy Lover. The last studio album was back in 2012 with Psalms of the Dead. Like the proverbial buses, you wait years for new music and then get a few releases quickly together with confirmation that as well as this EP, Candlemass will release a full length studio album later this year.

Candlemass have been around since 1984 releasing their debut back in 1986 with Epicus Doomicus Metallicus. They have gone on hiatus a couple of times though only ever for a couple years before reforming. They have released a ton of music through the years with 11 studio albums, 5 live albums, 7 compilation albums and 16 EPs making up just a portion of it. As with many band’s that have been around for that long a time, they have also changed members regularly, mainly on vocals.

The 2018 iteration of Candlemass is original, founding members Leif Edling on bass and Mats Björkman (Mappe) on rhythm guitar. Lars Johansson is on lead guitars and Jan Lindh on drums. On vocals we have Mats Léven who joined the band in 2012 making him the band’s 6th frontman.

So 4 tracks and around 20 minutes, built around the main song, House of Doom which is 6 and a half minutes long. Ringing church bells start the song off before a fuzzy riff comes in and takes over.  Clean vocals sing over a nicely paced, chugging line. The chorus has a touch of epic around it with a little added guitar melody. The second chorus ends into a mix of deep and brooding guitar tones coupled with church organs. This epic sound moves into a wicked solo before returning to the catchy chorus. The track ends with around a minute of chug for some seriously slow head banging.

Flowers of Deception is the first of the three bonus tracks, a 6 minute long chugging riff monster. It’s a good track with some standout sections but a weak chorus. A little bass solo leads into a fantastic instrumental section with huge drums and heavy guitars. There is a great solo in it too that lasts for a couple minutes. Fortuneteller comes next and switches things up in being a short, 3 minute acoustic ballad of sorts. There’s not much too say about this one, it is a decent acoustic track. Nothing really stands out as overly good or overly bad. It is fine. 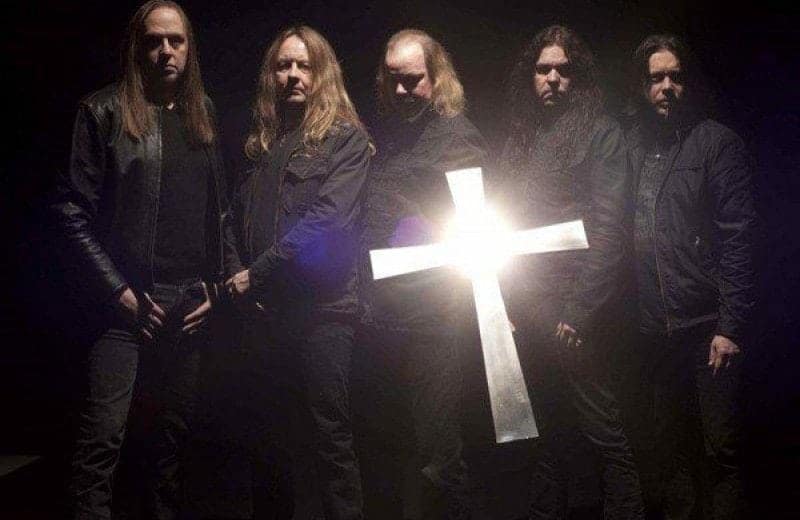 The last track on the EP is Dolls on a Wall which is another shortish one at just under 4 minutes. Dolls on a Wall uis purely instrumental and hard not too enjoy. Big thick riffs make up the majority of the song. Music to slow headbang to before a higher toned guitar solo comes in over it nearing the end.

House of Doom is a really strong EP with 4 good tracks on it. There is plenty of variety in the 4 tracks with an acoustic ballad, an instrumental and the two more standard songs. There is nothing to dislike here. It is Candlemass being Candlemass and it whets the appetitive for a new full length asap. I would also say that there isn’t really anything on here that will blow your mind. It is just a good, solid EP.

You can grab a copy of House of Doom from the band directly, here. It is alos available at all the usual streaming services and a the Amazon links below. Keep tabs on Candlemass and that rumoured new album by checking out the band at their Facebook, Twitter and Instagram accounts.