Leaves’ Eyes are a German symphonic/power metal band with members hailing from both Germany and Scandinavia. The female fronted band have many familiar elements that tie in with music from those shores. There are the obvious power metal elements and the Nightwish esque symphonic side but there are also plenty of folk influences as well as a splattering of black metal making for an intriguing mix. Fires in the North, released on the 7th of October here and due to be released on the 4th of November in the US and Canada, through AFM Records will be the band’s first release with their new singer Elina Siirala. She replaces long term singer and founder Liv Kristine. 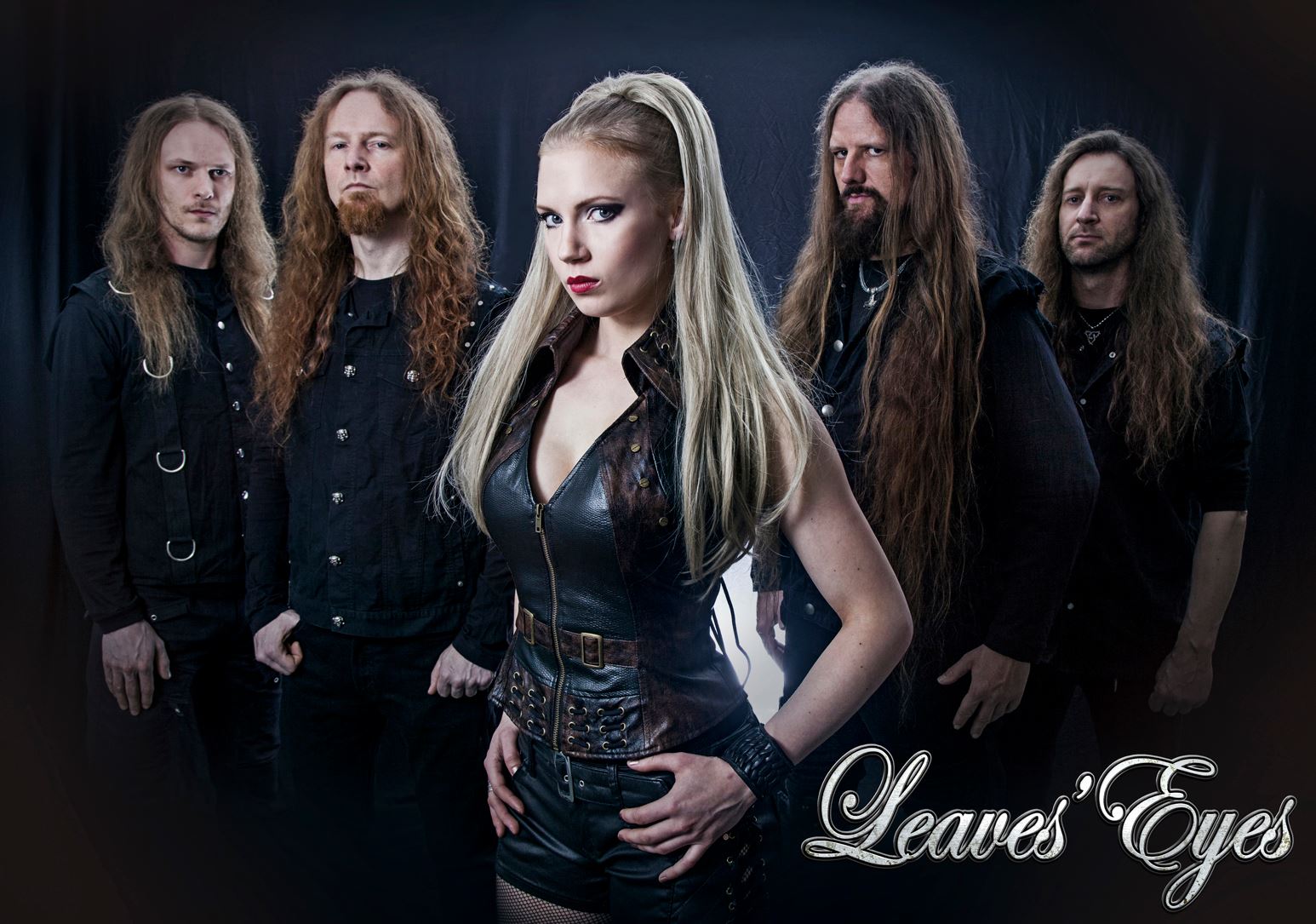 Elina joining the band reads like an episode of a bad soap with marriage within the band, infighting, divorces, new partners causing trouble, tug of wars over children and eventually a band split before the new vocalist was employed. A real mess, by the sounds of it but I won’t go into that here. This is about the music.

So, firstly, the new EP could easily have been classed as a single. Maybe it should be classed as a single really as there is only one new song on it. That song is the titled Fires in The North. The rest of the EP is made up of an acoustic version of that song and 3 rerecorded older songs. I guess the band really felt like they wanted to get a piece of music out with their new line up. Having released 6 albums with Liv, but been silent for over a year, it was necessary to get their name back out there. That they have done in style though.

Fires in the North is different to most of the things I have ever heard before. It is 4 minutes and 20 seconds long and starts with a Sabaton like drum and riff that gives the impression of an army marching to war. It lasts for a few seconds before a second of silence breaks into a really cool, power metal guitar line. The verse is sung in the style of a Nightwish kind of band over nothing but drums at first but eventually with guitars, gang vocals, shouts of “huh” and other war like chants and support vocals from Alexandar Krull, on keyboards as well, which are very deep, dark and black metal. There is a whole lot going on here. The whole song is sung beautifully by Elina and the power guitar of Pete Streit keeps the song firmly in the realms of metal. A small switch after the second verse to more war like chanting and a neat little guitar section before Elina goes full on operatic vocals over some excellent drum and bass depth. Damn this girl can sing and the little death metal shouts every now and then are a wonderfully clever touch. The song ends with a repeated chorus though on the second repeat, the drums play at twice the pace to add a neat final flourish. 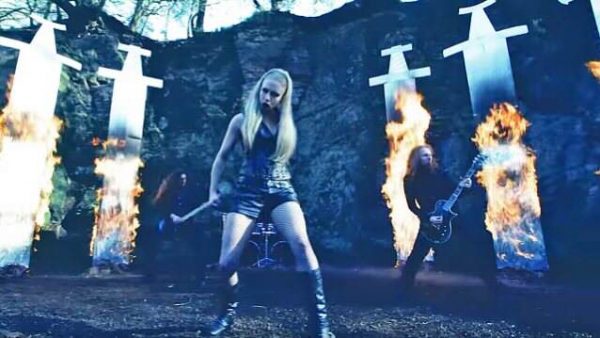 As I said, the rest of the EP is not such new music but as you would expect the acoustic version of Fires in the North, is a really nice alternative. There is a load of violins and the song showcases the musical talent of the band along with the powerful voice of Elina.

The other three songs on the EP are essentially rerecords with the new vocalist. Edge of Steel is up first and follows a very similar slow pace and structure to Fires in the North. It even starts with the little off section before guitars kick in. It has a bit more of the death metal shouts which is cool and loads of power metal guitar lines. Sacred Vow adds some more spice to the mix and the symphony side is in full force at the beginning though interrupted occasionally by a crashing drum or ringing guitar. Very cool. The drum work on this track stands out. It is much faster than anything on the EP so far so, while the vocals are still at a slowish pace, the drums give the impression of a faster and heavier track. Sacred Vow also throws a really good guitar solo into the mix which I am always going to be pleased about. The final song on the EP is very different to the rest of the EP so far with a much quicker pace, almost Gaelic or Celtic sounding music played at pace. Think music to jig to and you won’t be far off. There are violins everywhere, faster sung vocals, intermittent metal shouts and those power metal guitars. A fun song that works well and adds that little bit of creativity and change that is needed to keep the EP fresh.

FIRES IN THE NORTH

2. FIRES IN THE NORTH (Acoustic Version)

The excellent cover art was created by a friend of the band, Stefan Heilemann.

This is a really easy and enjoyable EP to listen to. It certainly won’t be everyone’s cup of tea but if you like a bit of folk metal and also like a bit of symphonic metal, these guys blend the two genres together effortlessly. If you can appreciate a wonderful singing voice, this will probably appeal to. Sure, you won’t be moshing to anything here but you will certainly be able to raise a Viking horn full of mead, chant along and punch the air in true folk metal style.

Fires in the North is already available in Europe from the usual outlets. Maybe consider picking it up from AMF Records or if you are in the states, pre order it?

Remember, support your metal or risk losing it!