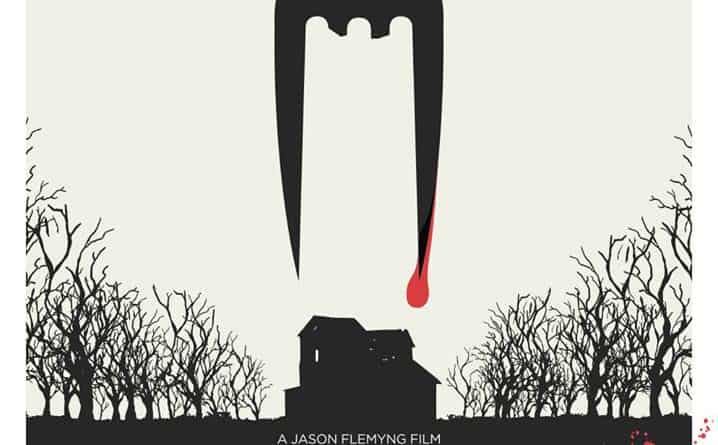 “I’ve been around the block, I know the score.”

“I’m over 2,000 years old, boy. I fought in the battle of Arbela. I followed Alexandra through Asia and we conquered the known world and ruled as gods.”

“Well that’s all well and good and all that. But what you done lately?”

Eat Local is a horror comedy released in 2017 and the directional debut of Jason Flemyng.

In a quiet countryside farmhouse, Britain’s vampires gather for their once-every-fifty-years meeting. Around the table is; Henry (Charlie Cox), Angel (Freema Agyeman) and Peter Boniface (Tony Curran), to name a few. Our final pair to join the group are; Sebastian Crockett (Billy Cook), an unwitting Essex boy and Vanessa (Eve Myles), who he thinks he’s met up with for an evening alone. Unfortunately (or fortunately, depending on your feelings towards vampires), Vanessa has a proposition for him and not in the way he was hoping. 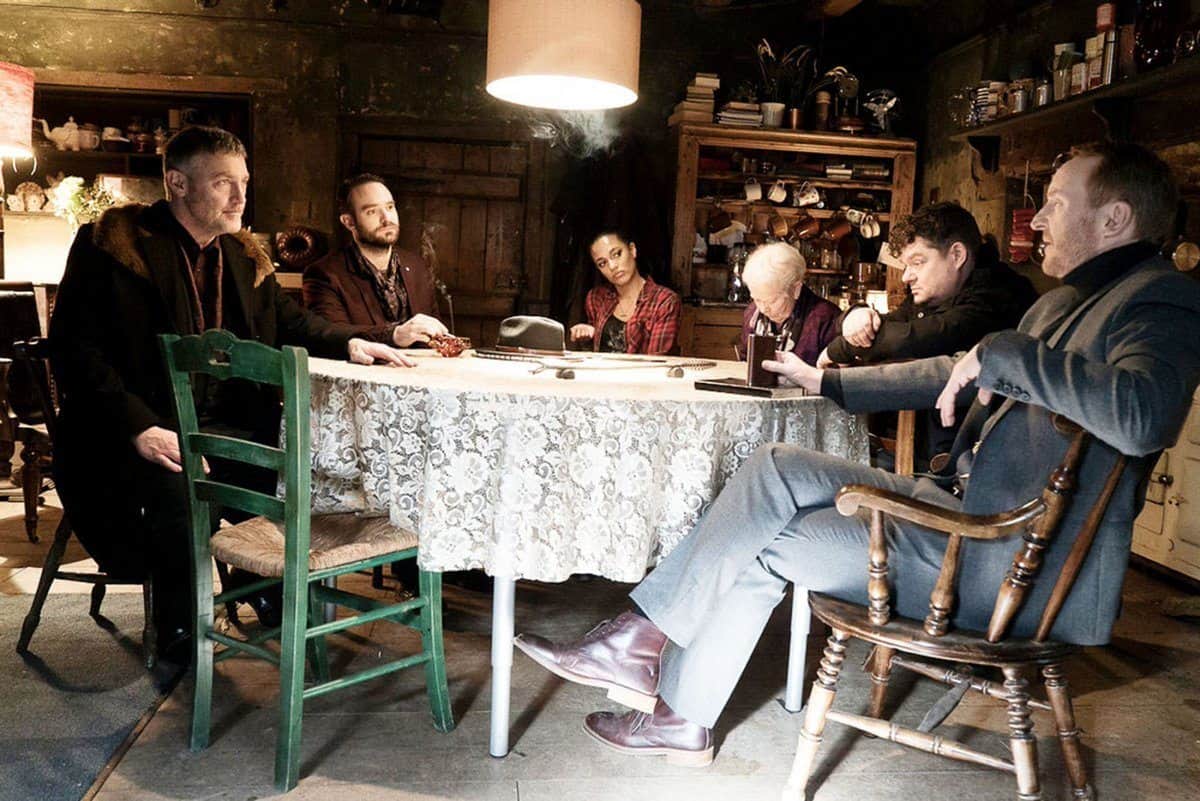 Counting on a unanimous vote, Vanessa has brought Sebastian here to join the group. But, Peter has other ideas. He votes against the idea, after branding Sebastian a moron. Unluckily for Sebastian this means not only can he not be a vampire but he’s going to be their next meal. After a hilariously brief attempt at an escape, Angel manages to get her hands on him. But, they’re interrupted by a group of soldiers that have been watching them closely all evening.

Following the excitement, Sebastian is locked in the basement with the original farm owners Mr & Mrs Thatcher (Dexter Fletcher and Ruth Jones). After helping Mrs Thatcher to escape, he discovers they’re not as innocent as they appear. He finds a fridge filled with human remains in various jars and bags. 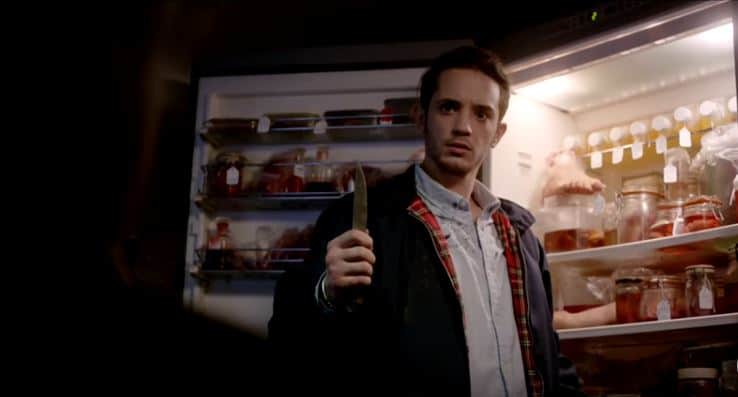 Vampires, cannibals and vampire-slaying soldiers: How the hell will Sebastian survive this one? Will talking it out simply be enough or is a more violent approach necessary?

A vampire movie to me is like pizza: even if it has its flaws, it’s still going to be enjoyable. Eat Local* has all the tools to be a fantastic horror comedy. It has a great cast, an original idea and the humour is definitely there. But, for me it was unfortunately a lot more misses than hits. The film starts off well, fairly serious but with Sebastian used as the comedy. But as it progresses it becomes more slapstick than horror. I mean, you witness a flaming chicken fly across the air and an elderly vampire mows military down with a machine gun…

I feel it would have worked better if they had more of Sebastian and Peter working off each other. What’s not to love about an ancient stuck-up vampire having to work beside a modern, Essex guy?

In the end, I’d say they had bundles of potential but ultimately it didn’t all work for me. A baffling moment where one of the main characters literally combusts themselves and turns to ash was a turning point for me (Wtf?). A huge positive for me was definitely Sebastian, I found him very relatable and the perfect lead for such a movie.

Overall, the effects weren’t terrible and it has its funny moments. So, if you’re as fascinated by vampires as I am and love a good parody, then it’s worth a viewing. If it’s true and they are going to be doing a sequel, then I hope they just try to not jam so much in and focus on the basics next time.