Elijah Wood plays Mark, a young boy whose mother just passed away. He goes to stay with relatives and becomes friends with Henry, played by Macaulay Culkin. It’s immediately apparent that there is something strange about Henry. He is fascinated by death and harbours some dark urges that places even those dear to him in danger.

Cronos is a Mexican horror film that is likely best known for being the feature film directional debut of Guillermo del Toro. Releasing in 1993, it stars veteran Argentinean actor Federico Luppi and American actor Ron Perlman. It follows Jesús Gris (Luppi), the owner of an antique store who inadvertently comes across a strange device called the Cronos. The golden apparatus grants its holder eternal life but not for free, the price is blood.

A sequel to the 1986 film Witchboard, a middle of the road horror about a Ouija board/ghost possession, Witchboard 2: The Devil’s Doorway sticks to the same formula to slightly better results. 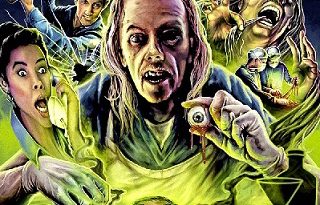 The epitome of a late night horror movie you’d catch on a random channel, only to try to be bewildered by all the eccentric cameos.

Maniac Cop III: Badge of Silence is the third & final entry in the Maniac Cop series. Cordell is back from the dead but this time he wants something a bit different.

After the welcome surprise that was the 6th instalment of the Amityville franchise being a decent movie, its back to