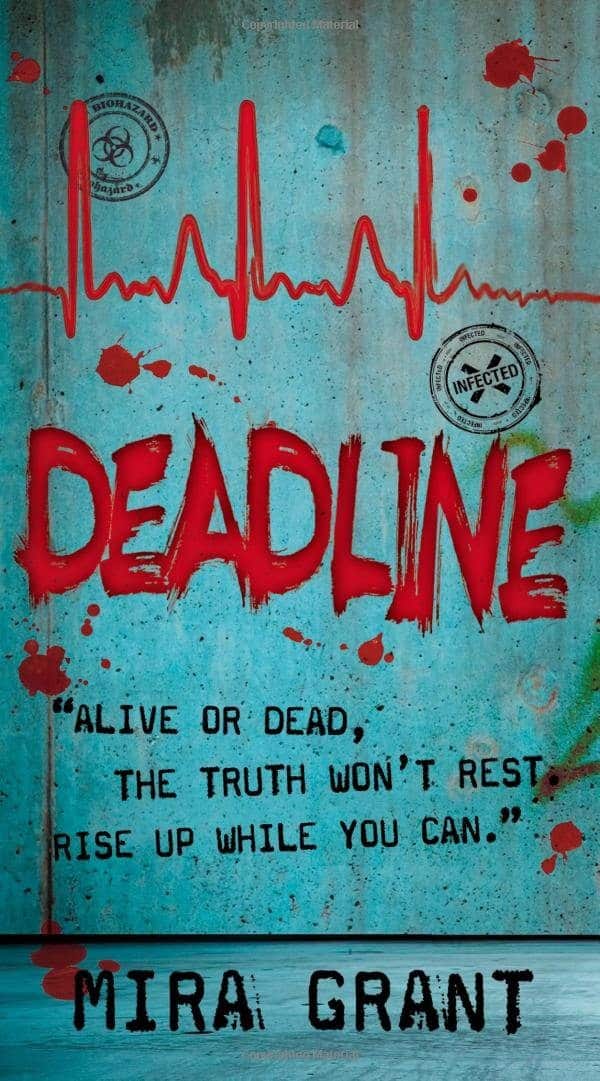 Feed, the first book in the Newsflesh trilogy was an absolute revelation & proof that there is still life in the zombie genre.

Telling the story of a world devastated by the man-made virus, Kellis-Amberlee, a virus that is actually beneficial (cures for the common cold & cancer) until you die where it then goes ‘live’ turning you & anyone you infect into a zombie.

The world is trying to get back up on its feet & in America a presidential campaign is underway, something that Shaun & Georgia Mason have been chosen to cover for their news blog, After the End Times. Bloggers have replaced traditional media as news thanks to their penchant for risk taking & truth. After the End Times is one of the biggest but following Senator Ryman’s campaign to become President as his official news team promises to push them to the very top.

It’s all very exciting that is until the convoy is attacked, people are killed & it all looks like an inside job. Someone or some people don’t want Ryman as President & are willing to do anything to stop him. It’s up to Shaun, Georgia & their team to uncover the truth…no matter what.

This review will contain huge spoilers for the events that take place at the end of Feed. Seriously, it’s huge…you have been warned. 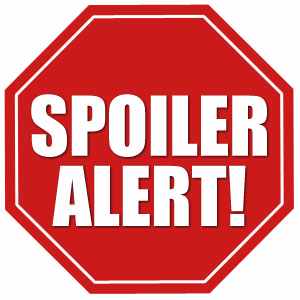 Feed ended with Ryman’s rival & current running mate, Senator Tate revealing that he was part of the plot to have Ryman taken out of the campaign. He clearly wasn’t alone but chooses to inject himself with the Kellis-Amberlee virus before anyone can stop him. Shaun manages to put him down before he can cause any damage…well, any more damage.

Georgia Mason is dead, dead at the hands of Shaun who shot her before she fully amplified. During an attack she was shot with a dart containing the virus…game over for Georgia & game over for Shaun’s state of mind.

Deadline is set one year after the events that took place in Feed. Ryman is now the President of America & life under the constant strain of Kellis-Amberlee continues.

After the End Times is still running but Shaun has stepped back from his role as head of the Irwins (poking dead things with sticks) & taken on the administrative role as head of the team. Shaun just doesn’t have the stomach for it anymore & that’s partially because he is still struggling to come to terms with Georgia’s death.

Shaun would be the very first person to tell you that he is officially crazy now. What with him hearing his dead sister’s voice in his head & often having full on conversations & arguments with that voice. As strange as it might seem it is Shaun’s only coping method, he just can’t be without her.

The team are often on edge around Shaun who can be hard work with Georgia not around to rein him in. They love him, they really do but there is little leadership & no direction anymore. That is until a figure from the past turns up at their door, someone with a secret that might bring down the entire American government & bring Shaun closer to the people responsible for Georgia’s death.

It’s an exciting story that never feels like it overstays its welcome. Without the backdrop of an American election this should have struggled to offer the same level of interesting events but for the most part it manages to hold its own.

Initially it was worrying that Shaun might have to carry the book himself now that Georgia was dead but thankfully the rest of the After the End Times team step forward. A whole host of characters that we barely learnt about in Feed get a lot more story here & some really stand out (like Becks & Mahir).

As well, of course, we also have the voice of Georgia something that I enjoyed at first but then found to be something of a plot convenience. If Shaun was struggling with something up would pop Georgia who would always have the answer or at least be able to point him in the right direction.

The inner voice of Georgia does create some great dialogue though & it is an interesting way to see someone cope with the loss of a loved one.

However…their relationship didn’t sit too well with me this time round.

Here’s the thing, in Feed I understood how close they were & why they relied on each other but occasionally it dipped into territory that seemed a little unusual…such as having to have rooms with an inter-connecting door or the lack of other people in their personal lives being justified as not needing anyone but each other.

In Deadline though I feel like things have slightly strayed into uncomfortable territory. At times, Shaun acts like he lost his soulmate, the love of his life…which I guess Georgia is & while it’s never crossed into any kind of sexual references before here we have Shaun saying Georgia’s name instead of Becks after the pair have just had sex.

The constant need by Grant to hammer the reader over the head with lengthy explanations about Georgia & Shaun’s relationship has actually turned it into something a little creepy.

It’s the one flaw it what is otherwise another stellar read, one that focuses on a threat that seems to spell the end of all humanity. I want to see Shaun succeed & as a character (when he’s not pining over Georgia) he is thrilling to read about. A mixture of brave & stupid, he isn’t your typical hero but he is all we’ve got.

Like Feed, Deadline ends with a bang, one that no reader could have ever seen coming (even though there is a hint dropped very early on) & one that ensures the final book, Blackout is an unmissable read.

Lacking the same impact that Feed had, Deadline is still an excellent zombie yarn that does well to deal with the middle book curse that often harms trilogies. Well worth reading.