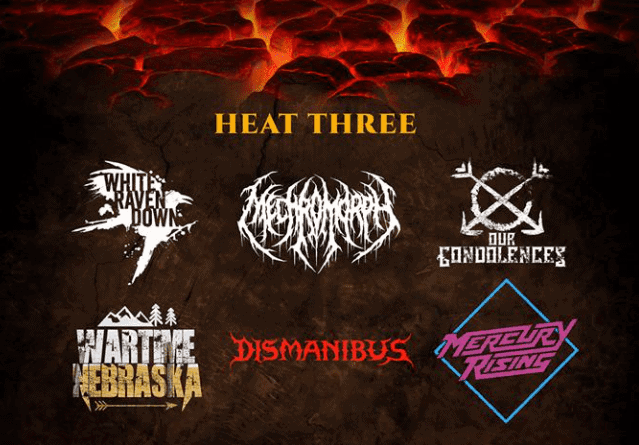 Melodic death metal band, Dismanibus, will play in Heat Three of Metal 2 the Masses Essex 2019. They face off against White Raven Down, Wartime Nebraska, Mercury Rising and Mechromorph on the 15th of February. The event takes place at The Soundhouse which is at The Bull, Colchester, CO3 3ES.

Each band will be giving their all to try to progress in the competition where the winner receives an amazing opportunity. A much coveted slot playing on the New Blood Stage at Bloodstock Festival, 2019. GBHBL are pleased to bring you a short interview with Dismanibus to help introduce them further to the metal masses.

Have a read, enjoy and make sure you get down to The Soundhouse on the 15th of February to give them some support. 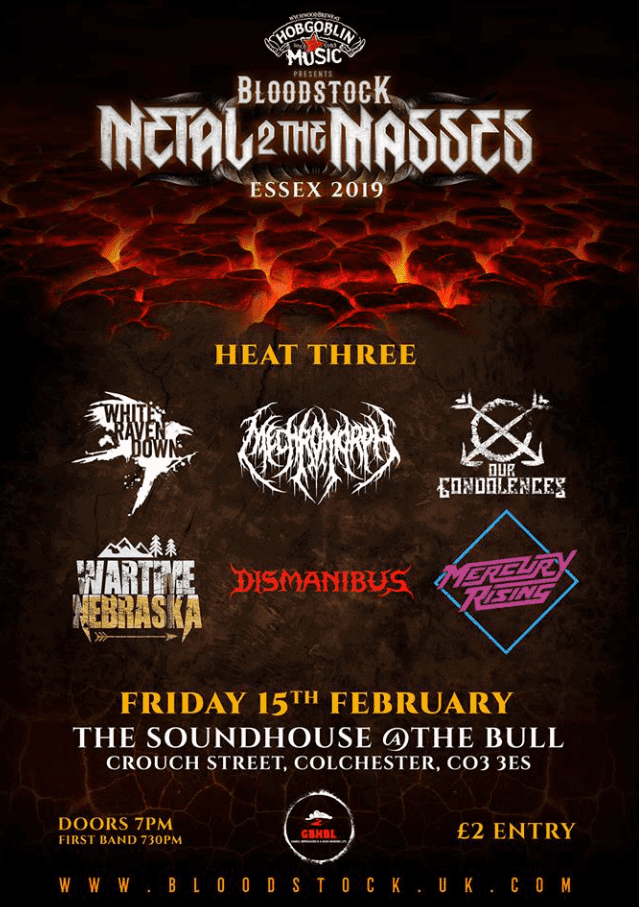 1. Why Dismanibus? Where did the name come from?

The name Dismanibus originates from a phrase ‘diis manibus’ or ‘DIS MANIBVS’, a Latin phrase inscribed upon Roman tombstones that meant “for the ghost-gods”, or “to the Manes”, Manes being the spirits of deceased loved ones. It does not, contrary to popular belief, mean ‘Dis man is a bus’ or ‘Dis minibus’.

2. Tell us a little about Dismanibus. How long have you been playing together? Who is in the band? Where are you from? How did you meet?

We’ve been played together for quite a while – Simon (guitar) began the band over a decade ago, bringing together like-minded friends to start a band that satisfied his need to hear more melodic, aggressive metal with a technical/progressive element. Due to a couple of line-up changes, Simon and Ben (vocals) remain as the only original members. Josh (drums) joined during the release of the debut album, AJ (guitar) joined a couple of years ago, and Neil (bass) joined the band last year. We are all loosely based around Colchester/Ipswich, and we all met through gigs and Bloodstock whilst under the influence of too much beer. 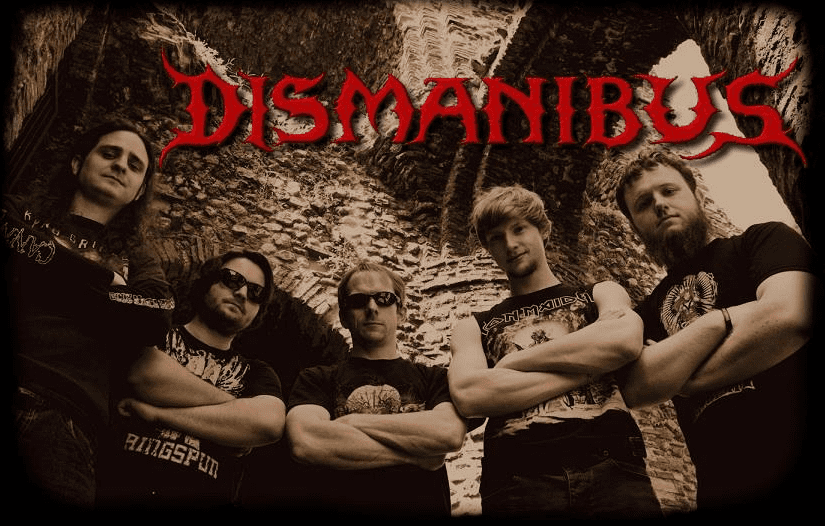 3. What artists, metal or otherwise, have influenced you and your sound?

We have a variety of influences, as all bands do, but the biggest influences have to be sarcasm, terrible senses of humour, and a fondness for farting in enclosed rehearsal rooms. Musical influences range from In Flames, Amon Amarth, Dark Tranquility, Scar Symmetry, Carcass and other metallic goodness.

4. With so many genres and sub genres around these days, what genre would you put yourself in?

We’re most closely aligned to melodic death metal, but we have some variations here and there.

5. What will you bring to the Metal to the Masses heats? What can music lovers expect and how are you going to win their support on the night?

We’ll just bring ourselves, at the end of the day. If we win support, we want to do it through our music, which we hope the audience will love as much as we do. Music lovers can expect a bunch of hairy guys who love the music they play, who tend to jump around like idiots and pull stupid faces for humour. We’re not a very serious band – we take ourselves very lightly, but that only means we always enjoy what we do. 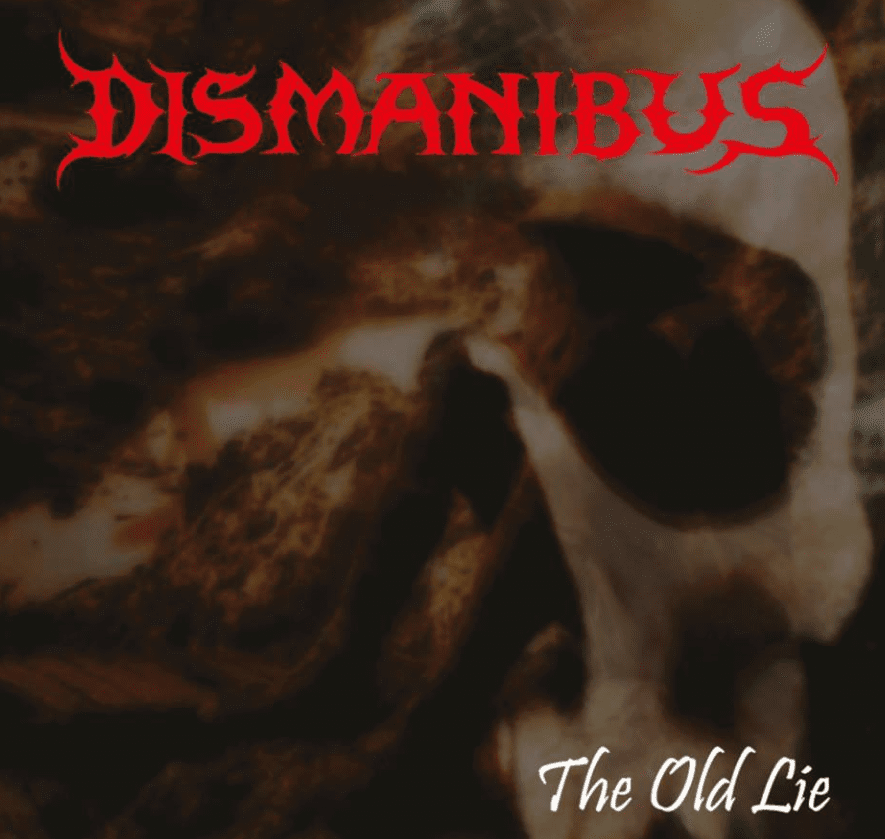 6. Any horror fans in the band? What are some of your favourite horror movies or books?

Horror films? Nothing could be more horrendous than the thought of spending three or four hours entrapped in a small, sweaty room filled by 5 nerds making aggressive sounds and grunting or, ‘Rehearsal’ as we laughingly refer to it.
Aside from that Simon has chipped in to say that he find most horror disappointingly optimistic, with the good guys winning. He’ll cut himself on that edge one day…

7. How about games? What’s your console or game of choice?

8. Have you been to Bloodstock Festival before?

9. If yes, what is it you love most about the festival?

Watching Ben get drunk and offer his rear passage to any willing or unwilling passer-bys.

10. Where can fans check out your music, merch and find out more about you?

The usual suspects – Facebook, Spotify, Bandcamp, etc. Due to lineup changes and having nearly finished recording our second album, there aren’t any studio recordings of the current lineup, but there are some excellent quality live performances (in sound quality, not musicianship…) on Youtube as well.

11. Aside from hopefully playing Bloodstock Festival, what else do you have lined up for 2019? Any releases due or tours/gigs/festivals line up?

We plan to release our second album this year, which will be a massive achievement – seven years in the making, a concept album surrounding the Dacian period. We’re very proud of the music we have put together, and can’t wait for people to hear it.

GBHBL would like to thank Dismanibus for taking the time to answer these questions and we wish them all the best in their heat at Metal 2 the Masses Essex. Find out more about Dismanibus at their Facebook page and on Twitter . Check out their Bandcamp page as well by following the link to listen to grab a copy of their album, The Old Lie and some merch. You can also check it out on Spotify here.

Importantly, get yourself down to the venue on the 15th of February and throw them some support.