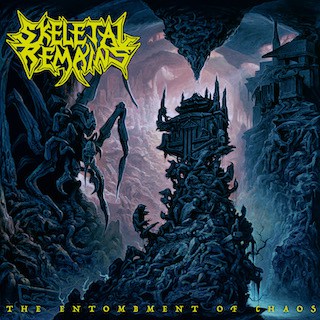 Skeletal Remains formed as Anthropophagy back in 2011, released two acclaimed albums through German label FDA Rekotz and honed their skills on the road, playing an impressive amount of gigs and tours early on in the band’s career. In 2018, the band took the proverbial next step, releasing their third record, “Devouring Mortality”, on Dark Descent in North America and Century Media internationally. 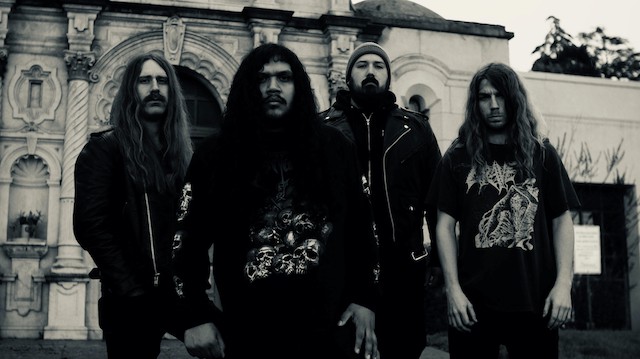 Having toured with the likes of Obituary, Hatebreed, Municipal Waste, Power Trip, The Black Dahlia Murder, and many more, Skeletal Remains have succeeded in building up a loyal following worldwide and will now excite their supporters once again with a strong sonic statement.

Their fourth studio album, The Entombment Of Chaos will be released on September 11th 2020 via Century Media Records.

Is this the album? Is this the album that sends Skeletal Remains rocketing into the stratosphere? Already a well-respected name within the death metal scene, the glass ceiling above them looks like it’s ready to shatter into pieces through the sheer force of The Entombment of Chaos.

One of the more startling things about this album isn’t the sheer heavy brutality of it (although it is that and more) but rather the things Skeletal Remains do differently. Be it a bit more atmosphere (Cosmic Chasm), an instrumental (Enshrined in Agony) or a blackened doom-like sound (Eternal Hatred). This is an evolved Skeletal Remains and it makes for a spectacular listen.

However, be under no illusion, it’s still every bit the beastly effort you might expect and most certainly would hope for. Skeletal Remains are playing out of their skins and delivering one of the deepest and richest sounds they’ve had on their albums to date.

Heavy might be the understatement of the year and it is capped off with an electrifying cover of Disincarnate’s Stench of Paradise Burning.