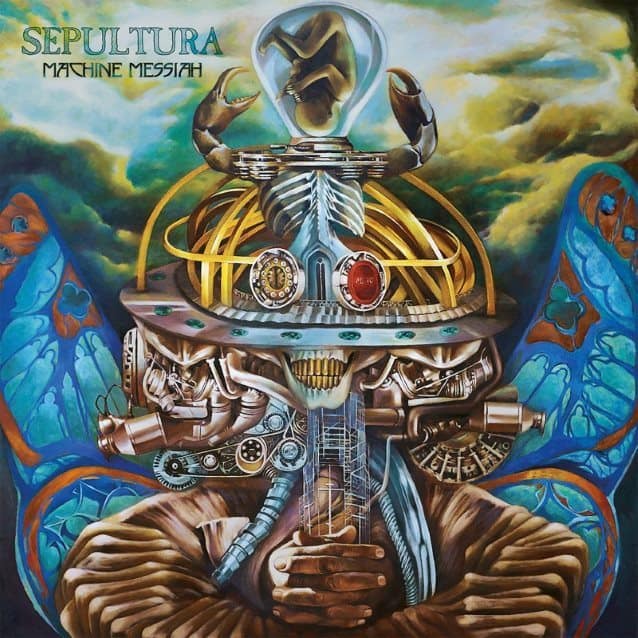 Sepultura have released a new album called Machine Messiah via Nuclear Blast records. It came out on the 13th of January and is the band’s 14th full length studio album or the 8th album featuring Derrick Green as the lead singer. We all know that a huge portion of the heavy metal world dismiss modern day Sepultura as “not worth listening too since Max left” but they have still managed to gather a pretty huge fan base despite this. No matter who deserves blame or not, we can probably all agree that it must have been very difficult to operate as a band under what was, at times, a campaign of hate and insults so they deserve credit for sticking to their guns in the face of all of that adversity.

Derrick has been the front man for almost 20 years now (more than 7 years longer then Max ever was) and they have released more albums with Derrick than Sepultura with Max ever did. All that was years ago and it surely has to be time to judge these guys purely on the music they release. It’s not always easy to do that but it is only fair. 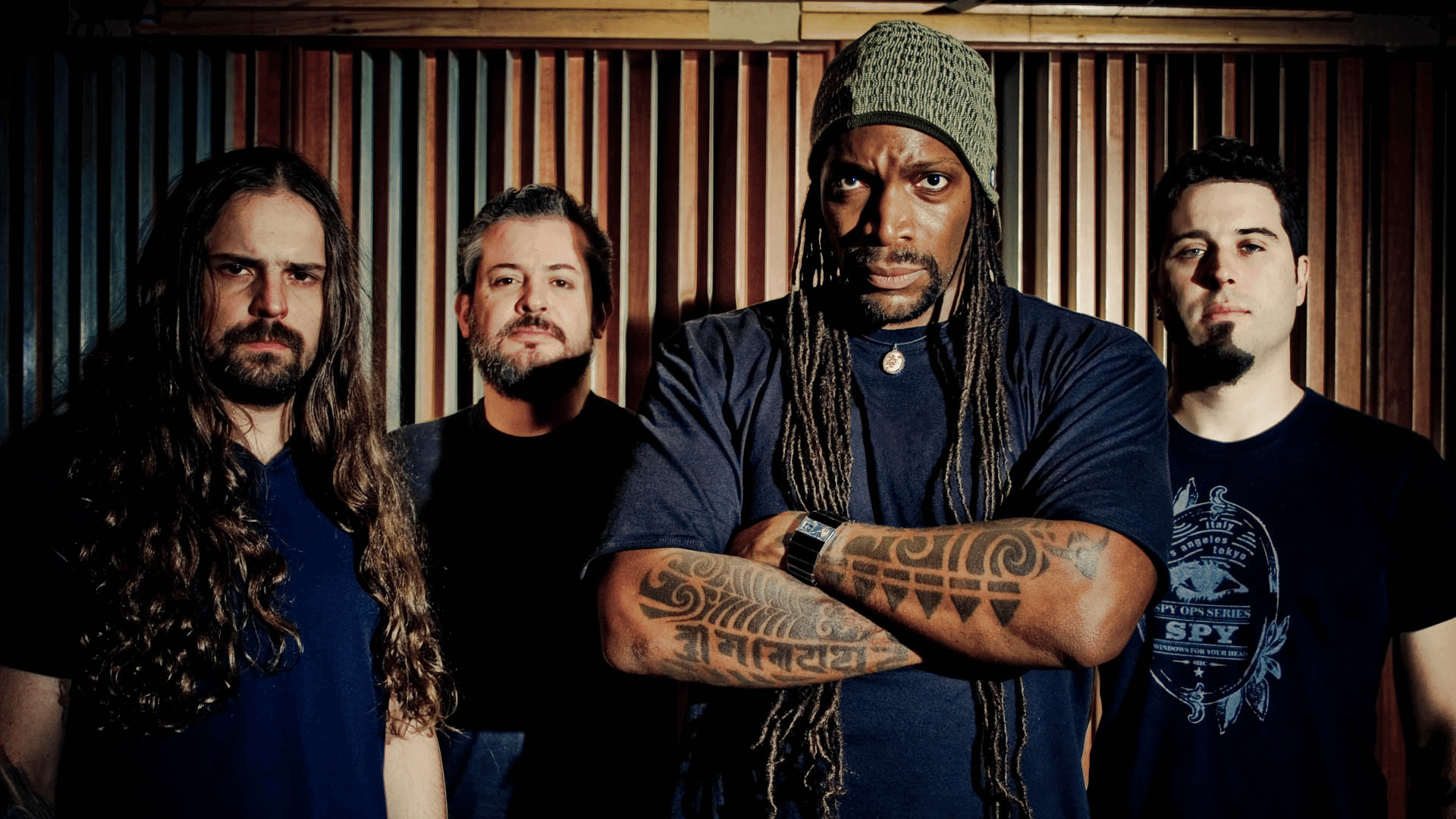 Therein lies one of the biggest problems though – musically their albums have been treading water in the poor to average bracket for a long time now, maybe even since the day Max was no longer in the band. There are some good moments, some good songs, on some albums but there are also a lot of really low points. Lots of generic, dull, metal by numbers moments that turned me away from the band a bit over the last few years. I have still listened to pretty much everything they have released in the hope of being swayed but so much of it is unmemorable to me now that not only do I genuinely have no idea of what to expect from this latest release but I would probably have said that I didn’t really care too much either.

The one single that was released from Machine Messiah so far was called I Am The Enemy and that changed my mind a little bit. I liked it a lot, as you can tell by this review, and that hyped the album up a little bit for me than before hearing the single. Let’s hope the rest of the album is around that same level of quality!

Machine Messiah has 12 tracks on it in total though the last two are more bonus tracks. It is just short of 51 minutes long altogether so a pretty long album which is also a little bit of a surprise seeing as the first single was only 2 minutes long. It isn’t the only short song on the album either.

Vandal’s Nest is another sub 3 minute blast of thrashy, vintage Sepultura with blistering drums and riffing. Derrick’s vocals sound brutal and it has a neat little solo jammed in to. Even the switch to a cleanly sung section sounds heavy along with the bass and guitars. This and I Am The Enemy are going to be mosh pit favourites for sure. Slightly longer, at 3 and a half minutes, Silent Violence is another very fast, very heavy track with long drawn out roars from Derrick, a sudden switch to clean vocals that then builds back up into a furiously heavy and fast ending.

There is another really short blast track which is the track Ultraseven No Uta which is a bonus song and cover of the theme song to Ultraseven, a direct sequel to Ultraman (a Japanese show regarding Robots from the late 1960’s), that was originally performed by The Echoes & Misuzu Children’s Choral Group. A bit random and a bit odd to listen to maybe but it is in line with the machine dependency theme of the album overall. The other bonus track Chosen Skin is much more recognisable with heavy blasts of drums, fast bass and guitar lines forming a riff that hits you with force, angry lyrics spat out and a neat solo. It is another heavy track but without any real tribal elements or creativity – just a good solid heavy metal track. 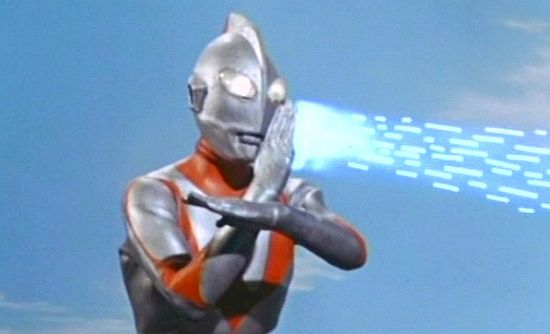 There is plenty of other quality on the album too and plenty of creativity. From song to song they seem to switch their sound and style, or at least add to it, to the point where it is refreshing but also leaves you wondering just who are Sepultura today?

There are some great tunes on here and some that I really did not expect to hear from a band carrying the weight of Sepultura’s name. Album opener and title track Machine Messiah is one of them. It is a slower song, with huge soaring solos and soft, clean vocals. A real melodic treat and a surprise as well. Similar a little bit to the final, non bonus, song on the album Cyber God which starts a little heavier but also incorporates verses that are cleanly sung. Clean verses, deep drum fills and heavy, shouted choruses and a bass lead riff make it a really solid listen before a weaving solo takes over and plays out until it fades at the end.

Between these two solid ends of the album we also get an instrumental called Iceberg Dances which is an interesting enough track with a thrash riff to start with before it turns into a shredding example from Andreas Kisser. There are some nice little South American drum sections to add that old school Sepultura vibe, some Latin acoustic guitar melodies too but also a slightly odd keyboard or organ effect that to me sounds a little out of place. In fact, this whole song, while I quite like it, seems a little out of place when considering the dystopian message of the album and comes across more like a jam session, though a reasonably good one. 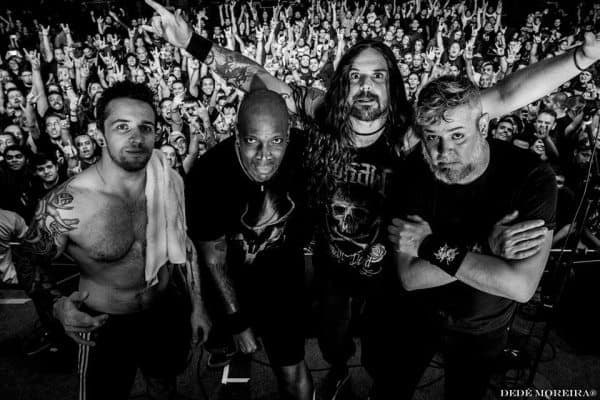 Other songs like Sworn Oath have a slower start that becomes a brilliant mix of guitars, synth and strings when it kicks in. Heavy shouted verses and dirty, low riffs lead into layered choruses with synth, guitars and furious shouts from Derrick Green. It has a little tapping guitar solo that leads into a full on one with layers of instruments adding a feeling of epic depth to the whole thing and may just be my favourite song on the album so far.

Alethea has a great drum intro from Eloy Cassagrande, though also an annoying whistle effect that was unnecessary. It breaks into a very traditional sounding Sepultura riff with exceptional drum rhythms leading the way and a low chugging bass adding the riff before the guitar joins in. It is another of the heavier tracks but mid tempo heavy. Similar in tempo to Resistant Parasites which starts with a short bass line from Paulo Jr before becoming a real head banging track with an infectious, down tuned riff and a strong vocal performance from Derrick. 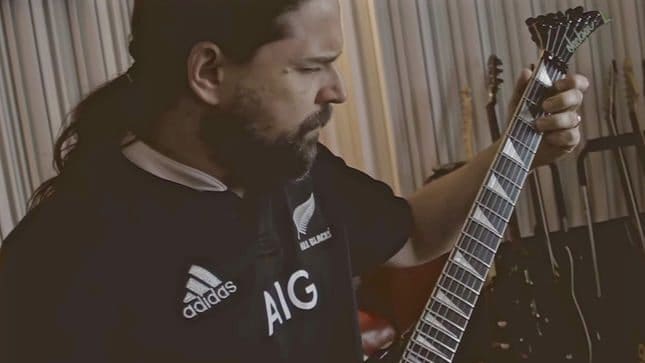 As a concept album of sorts, I don’t think the message they intended to deliver is exactly there. The idea of humanity having already become dependant on machines is very true and one lots of people buy in to but it didn’t seem to resonate all the way through the album, especially once Iceberg Dances hits, but what they have got here is a bloody good metal album and the best Sepultura album I have heard since Roots. I love some of the new elements, like Derrick’s clean singing and was completely, and pleasantly, surprised by the song Machine Messiah’s melodic feel. They still have plenty of heaviness and plenty of groove packed into the album so do keep to their familiar style on some songs but in other areas have an added zest and freshness that is enviable after such a long career.

A really strong showing with creativity, melody and heaviness all packed into an album that may just be the one to finally shut at least some of the haters up. Songs like Machine Messiah and Sworn Oath are up there with any song ever released by Sepultura and for anyone who thinks they haven’t released a good album since Roots, myself included, well they have now.

You can pick the album up digitally  or physically now at all the usual stores and, Sepultura head out on tour as support for Kreator very soon in what could be one of the gigs of the year. Check out details on that tour here and check out Sepultura’s website, Facebook or Twitter for more information and to keep up with news from the band.