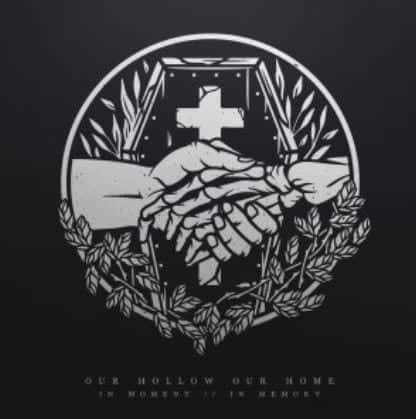 In Moment//In Memory comes very quickly after their excellent debut Hartsick. You can read our thoughts on Hartsick here. It was released around 18 months ago, is still doing well and the band have been out on the road a lot, in support of it. So why push put another release so quickly? Unfortunately personal tragedy is the reason. Just days before heading off to Europe on tour in support of Hartsick, Our Hollow Our Home’s guitarist and vocalist, Tobias Young lost his father to cancer.

He dealt with this in the only way he knew how to. He wrote music. In Moment//In Memory is the output of his grief. Essentially a concept album that deals with the different stages of grief he went through. Denial, anger, bargaining, depression and acceptance. In Moment//In Memory is a deeply personal album tinged with sadness, and one that should touch the hearts of many who have been directly or indirectly affected by the loss of a loved one. 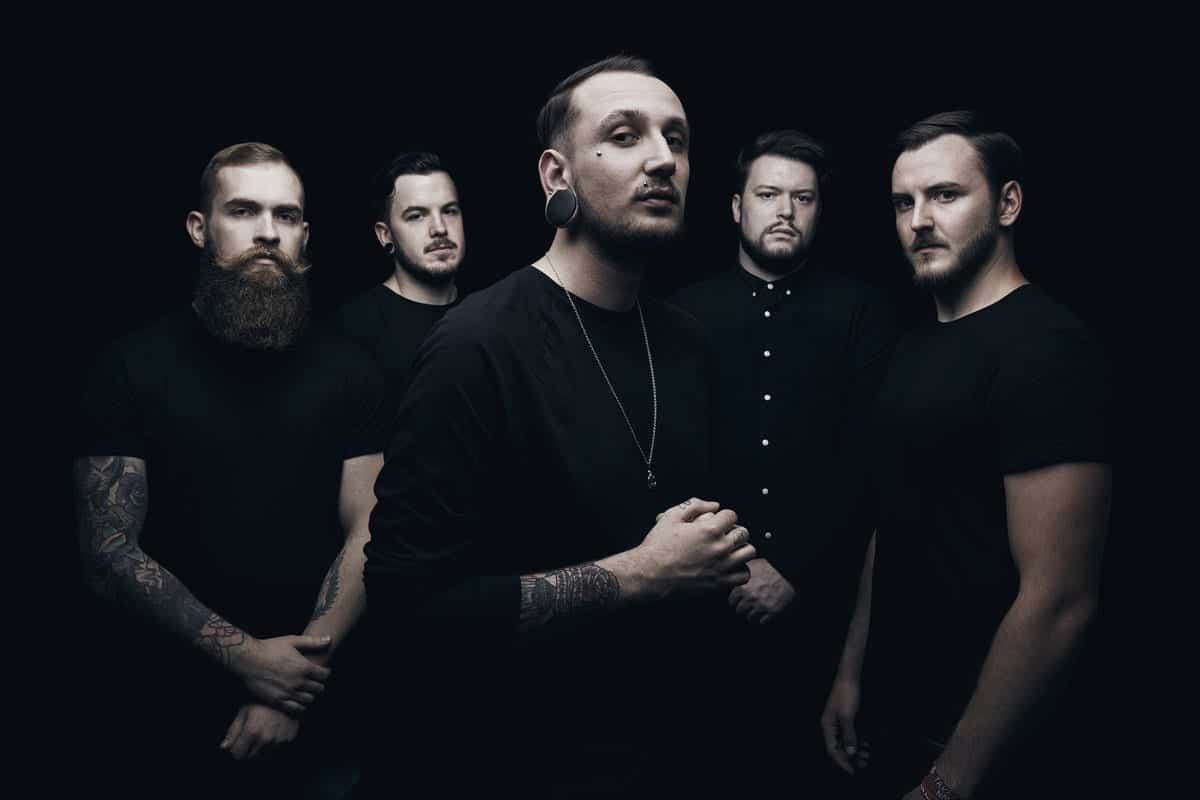 Our Hollow Our Home are a 5 piece. Alongside Tobias Young, we have lead vocalist Connor Hallisey and guitarist Josh White. On drums it’s Nick Taliadoros and on bass it’s Bobby Brooks.

In Moment//In Memory is 15 tracks, and around 46 minutes of music. It won’t come as any surprise that the whole album is littered with powerful, emotional lyrical content. It truly is a hard hitting album full of songs that make you think. Whether in moments of rage like on In Moment with the roared line  “I’ve dealt with nightmares that I thought weren’t even real, and had to push right through the emptiness just to allow myself to heal” or on the emotional ballad Parting Gift, with introspective lines like “although your soul lies heavy, it’s a weight that you must bear, cos you will carry that loss with you always, but please don’t despair”. Lyrically it is a truly beautiful album.

In Moment//In Memory is laid out cleverly too with each section of the album being laid out in the 5 stages of coping with loss. Each section starts with an instrumental, written cleverly to give you a feeling of that stage of coping. The album opens with //Denial which is a 70 second long sample of little effects and spoken word about death and loss. This leads into two tracks, In Moment and Disconnect. Both tracks seem to be fuelled by anger and disbelief. The riffs are heavy, the breakdowns heavier though always backed by higher toned melodic guitar lines. Vocals mix constantly between very harsh and cleans. They are an engaging listen with lots going on.

//Denial is followed by //Anger. A 50 second long trip into a furious death metal blast with crunching guitars and blasting beats mixed with deathly growls and roars. Love//Loss and Wraiths are the songs that follow. As you would expect from Anger, the songs are heavy but not lacking in melody or feeling. They aren’t just heavy for the sake of it. There are some exciting drum rhythms mixed in with the powerful riffs and melodic lines. //Bargaining gives a minute or so of gentle building atmospherics before Weight & Carriage brings you on a journey through this stage with a little more melody and a little restraint on the heaviness. There is still enough of it, this isn’t a ballad but you do feel the new phase.

Divisions (The Exchange) does the same, offering a heavy start with more melodic lines and a fade into a gentle section with backing melody and clean singing. //Depression makes you think this will be the ballads. The deeply sad ones and while Speak of Sorrow and Father & Ghost are exactly that lyrically, they are actually two of the heavier songs on the album. They come at depression from the angry and uncertain side of it. //Acceptance brings the sadness with the beautiful but sorrowful ballad, Parting Gift. An impassioned song but one that offers a message of hope in the midst of despair. In Memory close the album off in powerful fashion. A great song with a strong riff and crunchy guitar sound. Uncleans mix regularly with cleans as the journey comes to a close.

In Moment//In Memory is a truly remarkable album in some regards. It is genuinely a band laying their feelings out in the open for all to see and for that I am truly grateful. I find the album to be immensely well structured. You absolutely feel the journey the band have been on but I also really appreciate how the anger and despair eventually gives way to acceptance and coping. This is the sort of album that will help other people. Musically, it is sound, with great riffs, impressive drumming and an exciting mix of vocal delivery. There is little to dislike here and I have only one complaint.

Much like on Hartsick, I do find that on occasion Our Hollow, Our Home sometimes throw a bit too much into each song. This leaves them sounding really, really busy. It is sometimes hard to follow the thread of a single instrument or line. Things keep getting lost in the mix where so much is happening. I think, in places, a little more restraint to allow a single guitar, or riff or melody to shine through would go a long way to clarifying their sound.

Having said that, I don’t want to leave this review on a negative because there are way more positives. It is a fresh sounding, exciting album with ladles of creativity. It is poignant, important for the band and fires off a message that could help countless other people deal with loss. For that, they deserve a huge amount of respect. That is two releases to date and both are brilliant. Our Hollow, Our Home have a huge future ahead of them.

In Moment//In Memory by Our Hollow, Our Home (//Hollow Music)