Hellhookah is a Lithuanian two-piece band formed in 2012 by Arnas (guitars/vocals) and Gintarė (drums). The band started playing live in the January of 2014 and in 2016 Hellhookah signed with independent U.S. label NoSlip Records to release their debut album ‘Endless Serpents’. 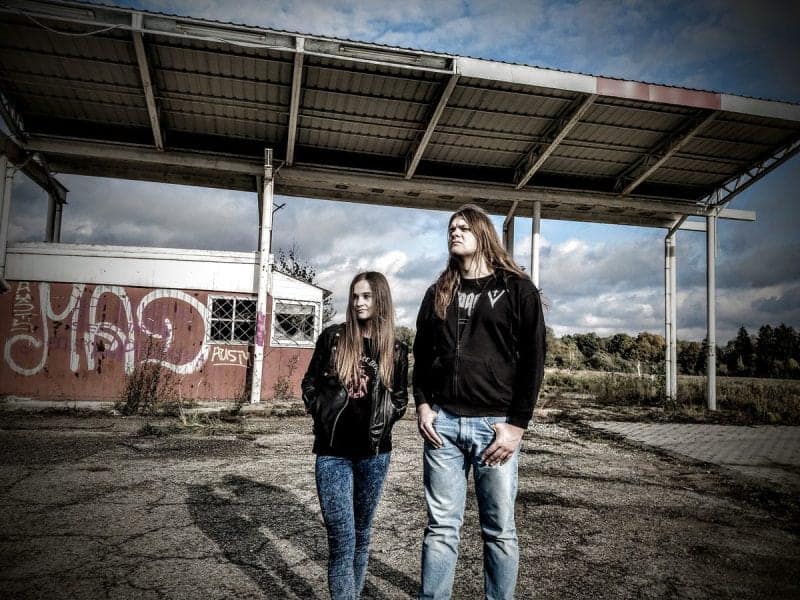 A little bit metal, a little bit rock and a whole load of attitude, Hellhookah bring some serious guitar groove to the front with Running Through Time. A slight layer of fuzz over the percussion and the subtle yet powerful vocals cap off a great start to The Curse.

Supremacy ups the energy a bit with a foot-tapping rhythm and ear-pleasing set of riffs. Followed by a very thick and chewy bit of meat in the form of The Creature. Here, Hellhookah delve into a more sinister side of their sound (even a little bit Sabbath-like at times) making this a personal favourite.

Keeping in tone with the groovy rockiness and harder hits of metal that we have heard so far, Flashes and the title track deliver on the promises made so far. The latter is downright doomy at times, something that bleeds into Dreams and Passions for a trippy and meaty groove effort.

Finally, it’s the more melodramatic Greed and Power to close out an album with some serious impact. A slower and more drawn out tempo ups the filth and ends things in remarkable style.

1. Running Through Time
2. Supremacy
3. The Creature
4. Flashes
5. The Curse
6. Dreams and Passions
7. Greed and Power

Hellhookah - The Curse (Self Released)