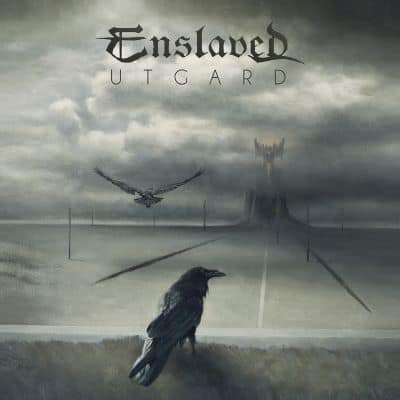 Even in the most primeval stages of their storied career, Enslaved was so much more than just music. Born on the outskirts of the infamous upheaval of teenage arsonists more commonly associated with a genre called Norwegian Black Metal, the Bergen based Vikings shared the inspiration and production ideals – yet steered clear of the non-musical dramas that have overshadowed so much of the artistic value from this movement.

Shaking the very foundations of the young scene as early as 1993 with their iconic split release alongside fellow black wizards Emperor, they positively invented the term and art form Viking Metal with their icy monuments “Vikingligr Veldi” and, of course, the immortal splendor that is “Frost” and “Eld”.

Now, almost 30 years after changing the name of their adolescent death metal combo Phobia and advancing towards a more frostbitten and pagan black metal dirge, Enslaved has become a worldwide phenomenon. 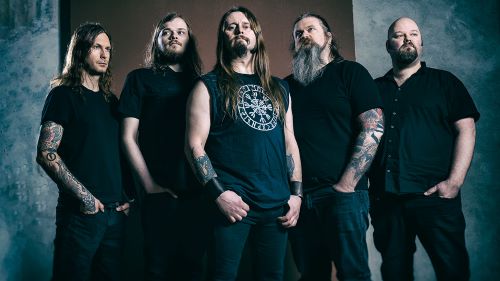 Now it is time to enter “Utgard”. Enter a record brimful with northern magic. Let all those other bands sing about Thor’s mighty hammer and poor Odin hanging from that tree in miserable weather conditions. Enslaved are looking behind the mirror, tracing the origins of the well-known fables of the northern world back into each and every one of us.

Utgard will be released on October 2nd 2020 via Nuclear Blast.

Teeming with Viking life and filtered through Enslaved’s Northern metal sound, Utgard is the legendary band’s call to arms. One that is rooted in the fantastical and unbelievable but one that is also burning as brightly as the fires of Hel.

Throwing a ton into the blender, the opening track Fires in the Dark is an early unsettling effort. One with folkish melodies, rolling blackness and a sense of grandness. It’s a slow burn offering but by the end, it is ingrained in the mind.

The darkness really begins to consume though with the blackened taste of Jettegryta, although the weird progressive segment in the latter part might have a few heads scratched. That is not the only time Enslaved look to confound and confuse as Sequence is all over the place at times, yet at others is quite calming.

It’s a welcome settling down we then get with the massive and quite uplifting Homebound. Enslaved at their most elegant and thrilling. Followed by the intermission of sorts that is Utgardr before Urjotun really shakes things up again. Beginning in a synth goth-club manner, there’s energy but like an awkward dancer, you’ll find yourself unsure of the next moves. However, once you dive on in, it all begins to feel quite natural. Enslaved showcasing their imagination with the repetition of the synth-part layered over crushing Northern fury.

Although if you thought Enslaved might be done challenging, Flight of Thought and Memory’s sense of disconnect will prove otherwise.

Entering the end-game, Storms of Utgard is a head-banging heavyweight focused on a scarring level of heaviness with wild, progressive guitar work. Leading to the finale of Distant Seasons, a track that begins so mellow it’s down-right beautiful. Soft, clean and relaxing, when it does power up, it only ends up coming across even grander and epic sounding.

A classy closer to an album that needs multiple listens to truly understand just what Enslaved are doing here. At times, brilliant. At others, confusing. It is pretty damn unforgettable though.