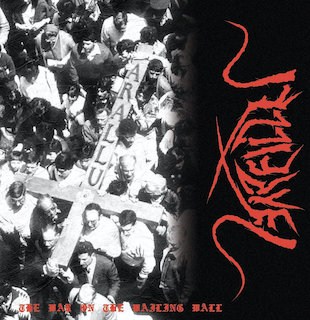 Hailing from the Middle East, Arallu play uncompromising black metal and have been for more than two decades. Simply put, they are legends of the black metal scene and after 21 years their classic debut album ‘The War On The Wailing Wall’ is to be released on vinyl.

Available as of the 22nd of September 2020 as a heavy 180g flame coloured vinyl: red/yellow swirl with yellow splatter. 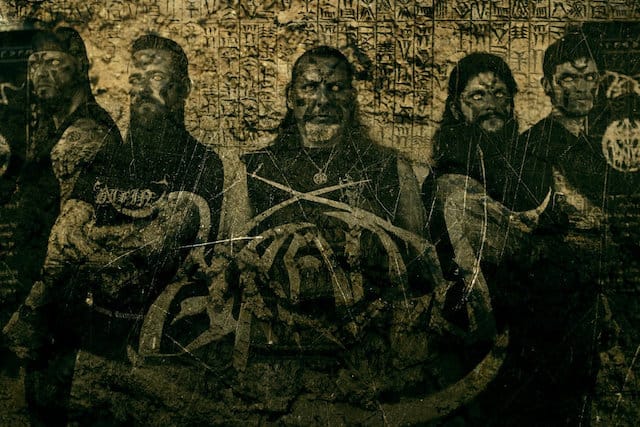 It was their last release En Olam, that really brought Arallu to our attention, but we’ve not exactly had the time to delve into their extensive back catalogue. Now, there are no excuses, as their debut is brought into the light for a fresh audience’s ears.

Kicking off with the anthemic brutality of Arallu’s Warriors, it’s an opener that makes you want to pledge your allegiance to this band if you haven’t already. A roaring black metal start, the impressive raw sound that exudes from Arallu is further enhanced by Sword of Death, Morbid Shadow and Warriors of Hell. Each new track cutting sharply into the brain matter.

Like creeping death, the buzzing guitars that spread from Mesopotamian Genie are icy cold, but Barbarian Bloodshed brings back the heat with a vicious assault of noise. There’s no tepidness here, this is Arallu at their most fierce.

Although it is pretty welcome to hear them slow things down for one of the more evil and demanding efforts with Satanic Birth in Jerusalem.

The latter part of the album is more of the same savagery experienced so far. With a ton of vitriol spat out on Messenger of Evil World, My Hell and Satan’s War. All before, Arallu’s incredible debut closes out with the ruthless Kill the Traitor.

By the end, one major thought will remain and it’s simply just how important this album sounds 21 years later. Dated? Absolutely not, so if you’ve never had the chance to experience it before, now is your chance.

Arallu - The War On The Wailing Wall - 2020 (Essential Purification)