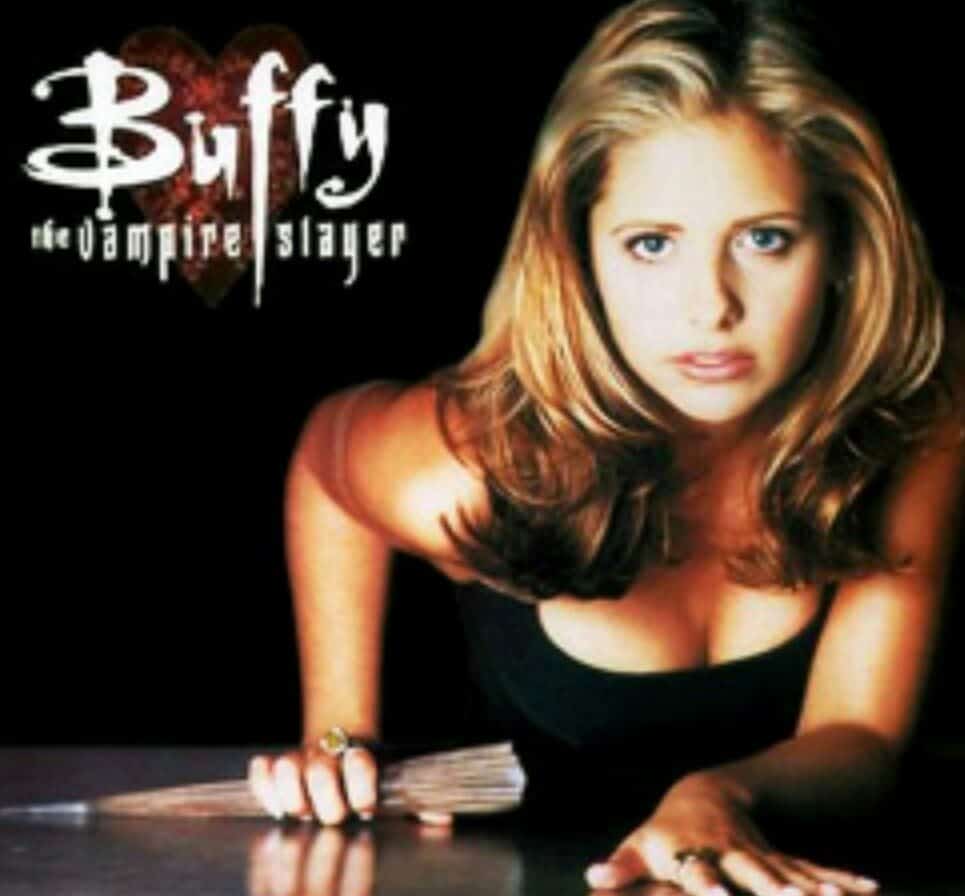 Despite some people’s opinions I am proud to call myself a Buffy fan. So, now you know judge away, but I’m telling you some of those monsters were creepy as fuck!  So follow me into the Buffyverse and prepare to get the wiggins.

The Gentlemen glided into Sunnydale and stole the voices of the entire town. You see, the sound of a human voice is enough to make these fellers heads explode. So, were the Gentlemen after a nice quiet vaycay in the Californian town? Nope, they were after a collection of fresh human hearts cut from conscious victims as they were held down by freaky straightjacket clad Gentlemen pets. Much has been said of the creepyness that the Gentlemen bring and it’s easy to see why. The way they move,sliding gracefully across floors with intense Cheshire Cat style grins fixed on their faces would be enough, but there is also a deeply unsettling nature about how refined and particular they are. The victims being fully aware of their fate, and the dawning realisation of just how futile their screams for help are, as the blade expertly slides into their flesh adds a level of horror that other Buffy monsters can’t quite rival. You could be being murdered in the same room as a potential saviour and they just wouldn’t hear you. *shudder*

The Turok-Han, also known as Ubervamps, are the primordial predecessors to the BTVS vamps everybody knows and loves. They are described as being to vampires what Neanderthals are to humans. They are brutal, single minded and virtually unstoppable. In fact we see our beloved Slayer take such a horrific beating from just one of these beasts that you kinda forget that you’re watching a teen drama. So why the heebees? Like I said, the usual tricks for vampire dusting don’t work, a stake would just crumble from the force of being jabbed at a Turok-Han chest, sunlight , something totally out of your control, was the only thing that seemed to keep these bastards at bay. I don’t know about you,but I always kind of felt that I could take a Buffyverse vamp, but the Turok-Han make me feel so…powerless.

Ok, so Pete may seem like an odd choice for a list of creepy monsters, but when you really give it some thought, your skin should crawl like mine does. You see on the surface Pete was intelligent, charming and hopelessly devoted to his girlfriend Debbie. He actually seemed like the perfect boyfriend. However, Pete struggled with feelings of imasculinity, this led him to feel incredibly insecure about his relationship. So what does he do? What every young chap in his position would do of course! He creates a potion to make himself stronger and more virile, which has some unfortunate Jekyll/Hyde style side effects. He goes on to murder anybody he feels is threatening his relationship with Debbie, in such frenzied attacks the police believe that a wild animal is responsible. Ultimately Pete can no longer hold back his rage at Debbie, who he holds in contempt for his bruised ego and eventually beats her to death. A high school girl getting beaten to death by her jealous boyfriend , therein lies the skin crawl. Pete is a monster that is far too real, he wasn’t born a demon or a ghoul, he simply chose to give in to his rage, and that is terrifyingly believable. 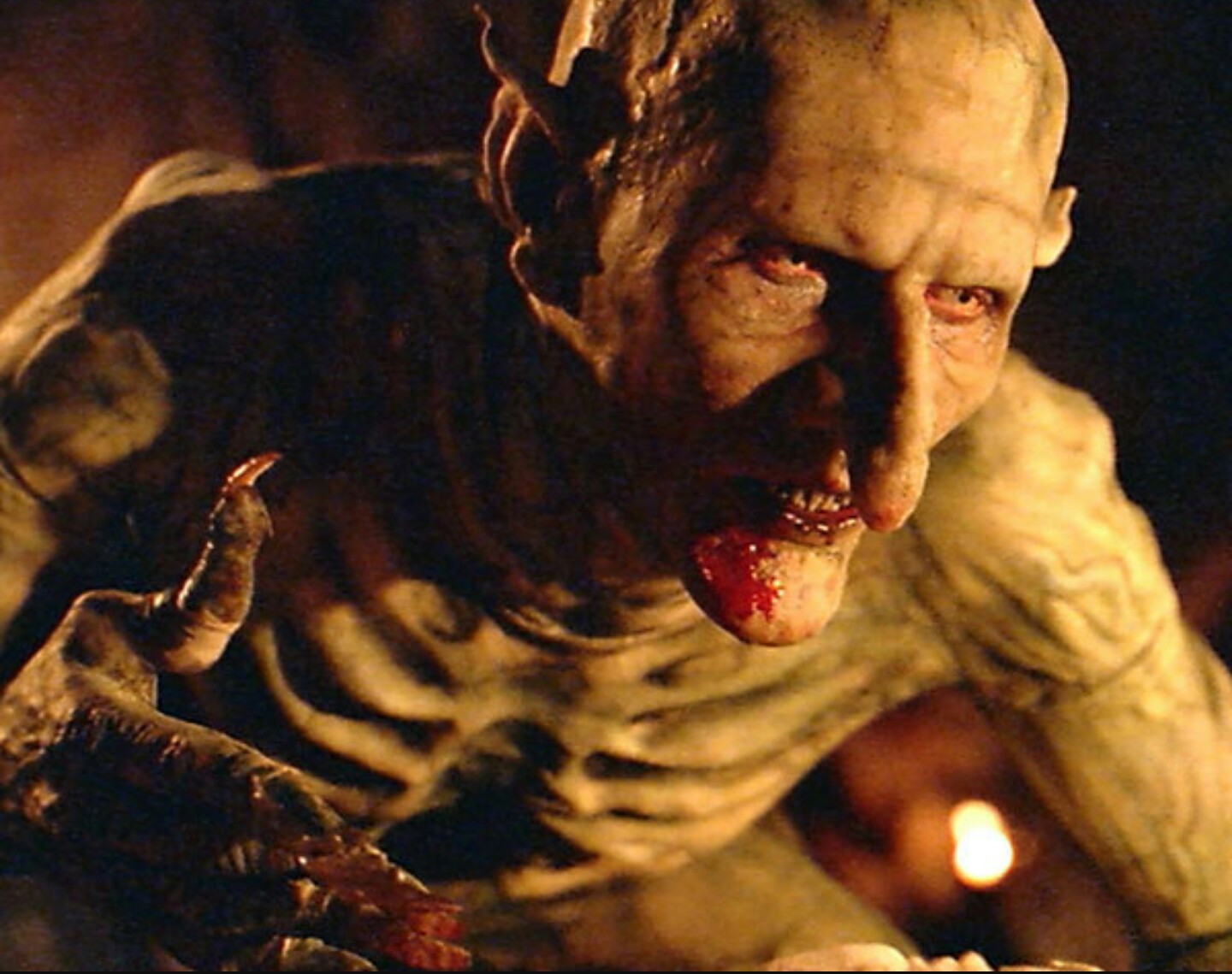 Gnarl is a demon that paralyses his victims, then eats their skin. Do I really need to go into more depth than that? Ok, fine! Gnarl is made so much worse by the gleeful way in which he devours his prey, he’s all sing-songy and likes to goad his dinner. He isn’t just predatory, he is cruel, getting a kick out of his victims mental anguish as well as their physical pain, as he tears small strips of flesh from them and makes them watch as he eats. Also this is not a quick process, he’s not even hungry dammit, he’s just picking at you! *urgh*

Translated as ‘Child Death’ in the show, Der Kindestod is the physical representation of a deep set fear within us. Only the kids (or weirdly someone with a very high fever), can see this hideous yet strangely well mannered monster, as his eyes open up and his suckers steal their life force as they are helplessly pinned beneath the monstrous old guy. It plays into the kids fear of a Bogeyman, as well as an adults helplessness in the face of disease. Der Kindestod is undetectable, his nocturnal life sucking presents as fever and flu like symptoms, he is incurable and unstoppable. It’s application outside of the Buffyverse is still chilling. Also you read the bit where I said HIS EYES OPEN UP AND SUCKERS COME OUT , right?  *blech*

Whilst there are other dark and disturbing plots in BTVS, the show is viewed in a somewhat derogatory fashion amongst the horror loving community, largly due to its teen audience,but I feel that these five monsters alone rank it as a legitimately creepy horror fest. It’ll always hold a special place in my dark heart. Thanks Whedon!

Liked it? Take a second to support Guest Writer on Patreon!

1 thought on “5 BTVS Monsters That Give Me The Heebees”