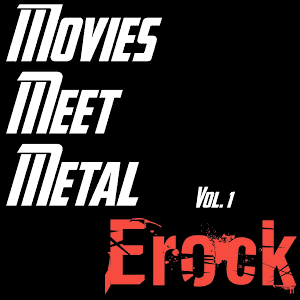 Erock is the solo project of Eric Calderone. He reached huge popularity on YouTube for his ‘meets metal’ videos where he plays metal covers of famous pop songs and videogames/movies soundtracks. 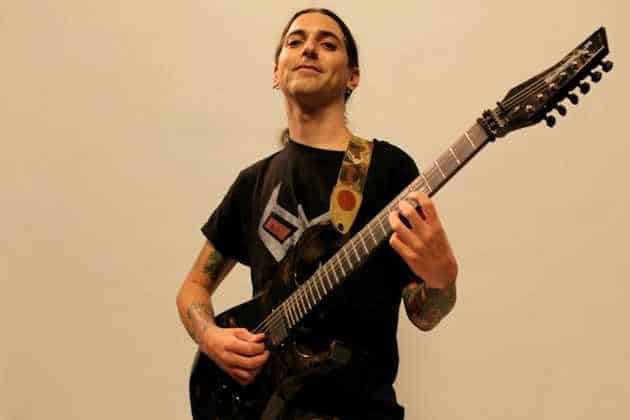 Movies Meet Metal Vol. 1 is a compilation album that takes some of movies most famous soundtracks & turns them into heavy metal hits…sort of.

Opening with The Hobbit it’s not the strongest start seeing as The Hobbit movies are hardly seen as iconic films especially when held up against the likes of everything else here. However that being said the style of score both here & in the following track, Lord of the Rings fits the power metal vibe perfectly. These could easily be amongst a heavy metal playlist & you wouldn’t feel embarrassed head-banging to them.

At only 10 tracks long it’s surprisingly satisfying with some of films most iconic pieces of music sounding fresher & more exciting then ever. Harry Potter, Star Wars, Back to the Future all meet metal & they are a total blast to listen too.

The best tracks on the album though are easily Jurassic Park, Rocky & Indiana Jones.

Jurassic Park in particular is incredible, not instantly recognisable but when ‘that’ tune hits you’ll be smiling along happily. The squealing guitar melodies lend themselves to it perfectly. While Rocky is as fist-pumping as it is in the movies & Indiana Jones is even more epic sounding then ever. It makes you want to re-watch the films but with this as the soundtrack instead.

Unfortunately it ends on the disappointing 007 Skyfall, a track that is dark & brooding, lacking the upbeat nature found elsewhere. It’s just not that interesting of an song to finish on & you’ll find yourself skipping this one.

If you’re a fan of film scores & metal this is an album well worth checking out. There is a lot of quality here & even though the snipped lines from movies that are dropped in occasionally are annoying, they are short enough to be overlooked.