Damn, this is a bad movie.

Those hoping for something similar to The Descent are going to be seriously disappointed. You see the set-up is very similar, a group of women who were close friends growing up decide to reconnect by planning an outdoors weekend that will involve things like hiking & kayaking.

It seems like a good idea until Nancy, the rebel of the group arrives 4 hours late and with another person in tow. The others aren’t exactly pleased to see her & the friend she brought which begs the question…why even invite her?

From the moment she arrives the amount of passive-aggressive behaviour that occurs between the group really makes you wonder why any of them would want to reconnect. Nancy’s rebelliousness comes across as childish & she complains non-stop about even being there!

A lot of the problems are simply down to bad characters (there are no defining characteristics that make any of these women interesting to watch) and even worse acting. This is cringe-worthy stuff with dialogue spoken as if it’s being read off a page for the first time and the actors can’t believe they are saying it.

Every line is either a complaint, a bitchy comment or a terrible attempt at humour & all delivered with no believability from the actors. I mean if they look bored of their own acting how in the hell are we as viewers going to feel?

Like I said, a bad movie that can be summed up with this…when the women meet up there is a huge poster on the back wall advertising a film. What’s the film? Guess.

Amazingly the movie gets worse and even more laughable as the women go off to enjoy their day. One of them (I can’t remember which…Daniela?) stops at a random trail and insists they go for a hike. The rest hungry and a bit tired really don’t want too but she urges them on saying it’s only 3 miles, loops around & there is a great view of the valley.

Yeah, my spider senses started to tingle here too.

Once in the woods they discover there is no way out and they just keep going round in circles. They argue, moan & bitch about the cold and Nancy’s smoking. There is a hilarious scene where Nancy gets told off for lighting up in the woods following a stressful situation! Did I mention the rest of the women really don’t like smoking? It comes up a fair bit!

The breakdown in the women’s relationship would have more impact if they hadn’t started off being horrible to each other! Why would I care that their friendships are being tested when they clearly weren’t friends in the first place?

Anyway, this forest is cursed or something and the women are trapped & at the mercy of the land. We know this because every so often the wind picks up and the trees whisper really loudly. The cast begin to be picked off in hilarious fashion. One falls over & somehow manages to impale her leg on a branch! It’s even more funny as she only begins to feel pain once it’s pointed out by one of the other women.

I have to add that when she initially fell over the rest of the women just stood there and laughed. Just a wonderful group of people who pretty much deserve what they get.

That would be cool if they were written that way but they clearly aren’t with ‘revelations’ (read as awful, pointless reveals) & attempts at deep moments between characters later in the movie. 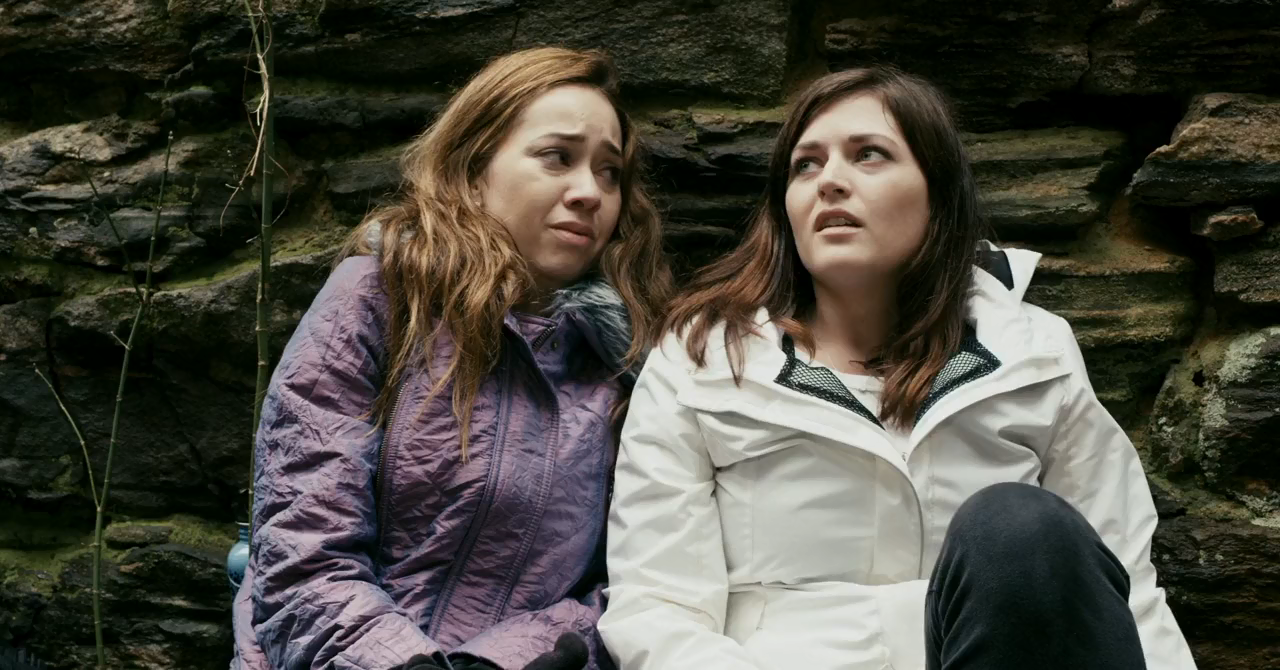 I know what you’re thinking…that’s not funny. Well, I never said it was water she drowned in. It’s not mud or sand either…no, she drowns in leaves. I shit you not, one character gets leaves blown all over her and drowns in them.

My absolute favourite part of the movie though is where one character gets frostbite that results in a nasty looking amputation of her fingers. Again on reading that probably sounds OK. The forest is in a mountain, it’s winter & they’ve been there a while (sure that’s not really going to cause frostbite especially as they wear gloves most of the time but hey, go with it) except she gets frostbite from dipping her fingers in a cold stream for about 10 seconds. 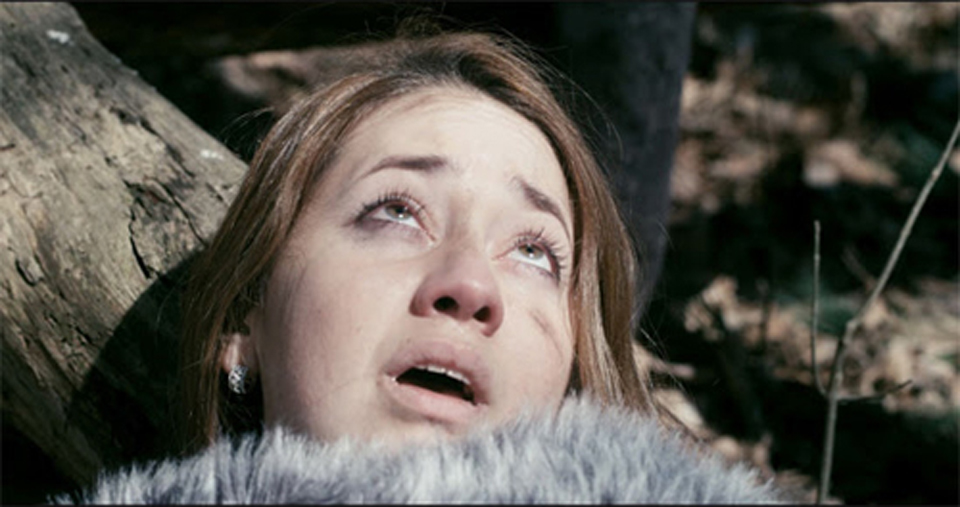 This movie is just the dumbest thing I’ve seen for a long time. An obvious and poorly placed twist ending sequence does little to redeem this chore of a film. Characters that are one-dimensional with no likability at all, actors that can’t act & really don’t seem to care, embarrassingly hilarious deaths and a ‘monster’ that draws comparisons to M. Night Shyamalan’s much derided film, The Happening. Not a good comparison at all.