I love Deadly Premonition….I consider it my favourite x-box 360 game to date. Its story & characters were some of the best I have ever seen in a game. If you haven’t played it then you must but in case you’re not sure here are 10 reasons to help you make up your mind. 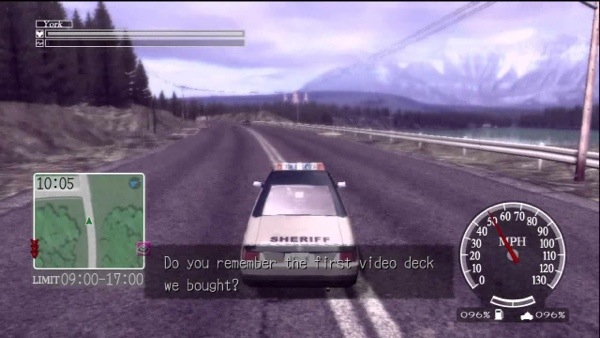 A lot of the time in Deadly Premonition you will find yourself driving to your destinations. Moments like this would often be boring but thanks to York’s conversations with Zach they are journeys you don’t want to end. Too many times I would purposely slow down as I neared my destination just so I could here the end of the chat.

A minor thing but the development of York if you don’t shave or change clothes for a while is pretty cool. His beard grows & his clothes look visibly dirty & before long there are files buzzing around him.

8 – The biscuit scene/messages in the coffee

York likes his food & some of the more comical scenes involve his reaction to good food. Some the best scenes in the game happen in the diner but 2 of my favourite involve York’s reaction to Thomas’s home-made biscuits in the police station & when he sees messages in his coffee at the hotel. Both are wacky & over the top & fit beautifully in the game.

Deadly Premonition’s collectible of choice are trading cards, 65 in total hidden throughout the game. Some are easy to find while others require you to explore & do things you might not normally do. Getting all 65 adds more scenes & dialogue that most players won’t actually see – a collectible set worth going after. 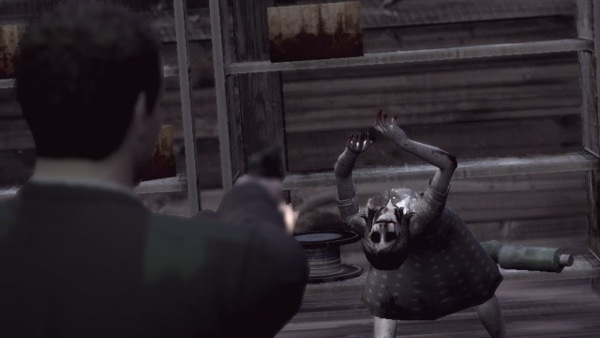 The most frequent enemies in the game are effectively creepy taking the form of humans but able to take more damage. They look creepy enough but once York has made them aware that he is there they say things such as “I see you” or “I don’t want to die” in a haunting voice. It never gets old & always raises a chill.

The young female cop & also the love interest for York. She is one of the most interesting characters in the game & her inability to cook makes for some funny scenes. Her reactions to York make her so likeable & their developing relationship never feels forced.

There is something more to fear in the otherworld then just shadows. Revisiting areas that seemed innocent before now are much more sinister. It feels so much more oppressive & I found myself happy once I left it.

The main protagonist is a killer dressed in a full bodied rain coat, he carries an axe & when ever you meet him it descends into a cat & mouse style chase. They are tense affairs & on a number of occasions require deft handling.

Right near the end of the game is a chapter that offers deep insight into what is actually going on in the story. It’s is the most effective part of the game & was the moment I went from loving the game to thinking it was the best game on the 360. The entire section has an eerie version of the hymn ‘amazing grace’ playing during it. Quite simply stunning….

The stars of the game & the reason why anyone should play the game. Zach may just be a figment of York’s imagination but the interaction is real. The conversations they have are fun & interesting. York’s past adds some serious depth to his character & he is incredibly likeable.